~ What if the gender and racial identity with which you identify and the positive sexual experiences you had were ignored by sexuality scientists? What if the most common sexuality topics studied about your group with whom you identify were exclusively focused on (unplanned) pregnancy and sexually transmitted infections (STIs)? Do you think your entitlement to pleasure with sex would be impacted negatively? Would you feel the racist stereotypes associated with your racial and gender identity hopelessly stuck in American society?

Thankfully, there is a brand new study by Ashley Townes et al. entitled “Partnered Sexual Behaviors, Pleasure, and Orgasms at Last Sexual Encounter: Findings from a U.S. Probability Sample of Black Women Ages 18 to 92 Years” in The Journal of Sex and Marital Therapy. The study exclusively focuses on American Black women’s partnered sexual pleasure and orgasms, bringing us factual information about a group long excluded from academic research. Dr. Townes is a Sexuality Researcher and Educator based in Atlanta. I was fortunate enough to get some of my own questions answered by Dr. Townes, which I’ve edited for the blog below.

In the study, Townes and her colleagues found that over 74 percent of Black women respondents indicated that their most recent sexual experience was with a male friend, significant other, or spouse. In other words, these partners were known to the women and many were intimate partners. According to several researchers and authors, including Patricia Hill Collins, Black American women continue to be racially profiled as promiscuous, hypersexual, sexually free, and as having “animalistic” sexuality.

The study emphasizes the ways in which Black women have been oppressed and abused through the frame of their sexuality. These racist stereotypes are part of a longstanding litany of names attributed to Black women, including “Mammy,” “Aunt Jemima,” “Auntee,” “Jezebel,” “Sapphire,” “Sister Savior,” “Diva,” and “Freak”—many of which imply a wanton sexual desire to be assaulted—that have continued to be projected on women since the original period of slavery in America.

SC: Beyond the sexualized racist stereotypes listed in the study, what are further stereotypes that Black women have to contend with in modern-day media, dating apps, and relationship studies?

AT: The “strong Black woman” stereotype creates an unrealistic expectation of strength for Black girls and women in all areas of their lives. This idea that Black women are not allowed to be vulnerable, weak, in pain, or deal with physical or mental illness actually can lead to greater physical and mental illness; it’s as if Black women are not allowed to express their imperfections.

Many of our clients describe this same feeling when they talk about “letting their partners down” when they’re going through a hard time or experiencing loss of desire due to stress and fatigue. They at times even express concern for their therapist when they have to miss a session due to extra work they’re doing in hopes of getting a promotion at work. They worry more about what the loss of the session income will mean for their therapist rather than reflecting on what the impact of wanting or needing to over-deliver at work is on their own mental and physical health.

I also noted that over 92 percent of the women in Townes’ study identified as heterosexual. While the study mentioned that most Black heterosexual women choose Black men as partners, the heterosexual Black women we see clinically in the practice are frequently in relationships with men that identify as white and/or brown. 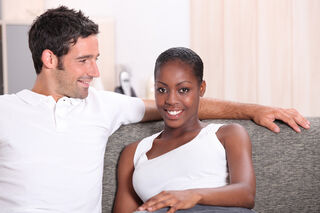 I wonder if perhaps this is due to the fact that more than 50 percent of Townes’ respondents were from the South and my practice is located in the Northeast. The interracial couples who come in to see me or my associates for help frequently bring divergent lenses when it comes to beliefs, values, and rituals related to their sexual desires and practices. Frequently, these gaps in core values can lead to a misalignment and conflict in the bedroom.

What was also notable about these latest findings is the fact that most of the women had their most recent sexual experiences with a man they knew, were dating or who was a longstanding partner or spouse.

SC: What do you make of that finding that most of the partnered sexual relationships were with a male partner that the woman knew vs. someone they had just met?

AT: For this finding, I think it is important to highlight the idea of “hookup culture.” There has been a thought or belief for decades that Black women are promiscuous and that young people, especially, are engaged in hooking up or sexual exploration with many sexual partners. Less than 2 percent of the Black women in this study had partnered experiences with men they had just met. I think this finding dispels the idea that Black women engage in “riskier” sexual behaviors (i.e., one-nighters). 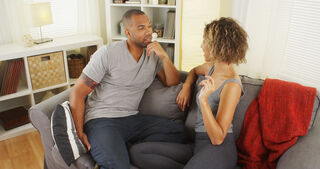 Sex therapists see a skewed population in terms of the fact that folks coming in for treatment are looking to get therapy for presenting issues like past trauma, neglect, painful penetration, lack of desire, anorgasmia, a recent breakup, or the discovery of a partner’s breaking of a monogamous agreement. Although our therapists will always ask about sexual experiences that have included boundary crossings, abuse, and assault, sometimes our clients will wait until they are several sessions into treatment before revealing past sexual trauma.

As a white cis-gender female therapist, I often wonder whether a Black female-identified client may open up more cautiously in a cross-racial therapeutic relationship than they would with a BIPOC female therapist in the practice. What was surprising to me in this study was the fact that very few Black women reported “unwanted” sex and those that did were in a specific age group. Differently than in a therapy practice where clients at times request to see a particular therapist, study participants are not aware of the researchers’ racial identities. I was curious to learn more.

SC: What reflections do you have on the responses from respondents that the most recent sexual encounters they had were wanted in all but the 25- to 29-year-old cohort of Black women studied?

AT: Overall, less than 1 percent of Black women reported an unwanted sexual experience, and this happened to be reported by women in the 25- to 29-year-old age cohort. We report that a limitation of this study is that women who were invited to participate in the survey and were less comfortable with discussing sexual health may not have consented to participate or may have not answered certain questions, and therefore, contributes to limited information or nonresponse bias. As researchers, we do our best to ensure privacy and explain the nature of the study, yet some individuals may remain uncomfortable completing a sexuality questionnaire.

Unwanted sex may include sexual harassment, coerced sex, sexual assault, and sexual abuse. These traumatic experiences are usually kept as secrets, especially if they occurred at a younger age. I often encourage all the therapists I supervise to engage their clients in discussions around boundary crossings from time to time in treatment to ensure that the client is assured that the therapist can hear these stories if they aren’t readily shared in the initial sexual history taking. 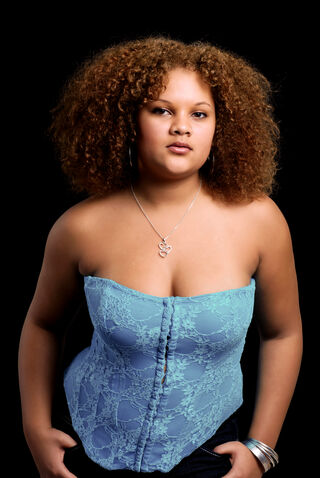 SC: Are there reasons you chose not to include more kinky sexual behaviors in this study?

The Psychology of Listening to Music During Sex

Fewer Americans See Their Romantic Partners as a Source of Life’s Meaning, and It Signals a Big Cultural Shift

‘Some Women Need To Be Pushy’: The Relationship Coach From ‘Marry Me Now’ On The Benefits Of Women Proposing Marriage To Men

Let’s Reframe The ‘Am I Having Enough Sex?’ Question

Sex positivity and ‘sex addiction’. Why words do matter