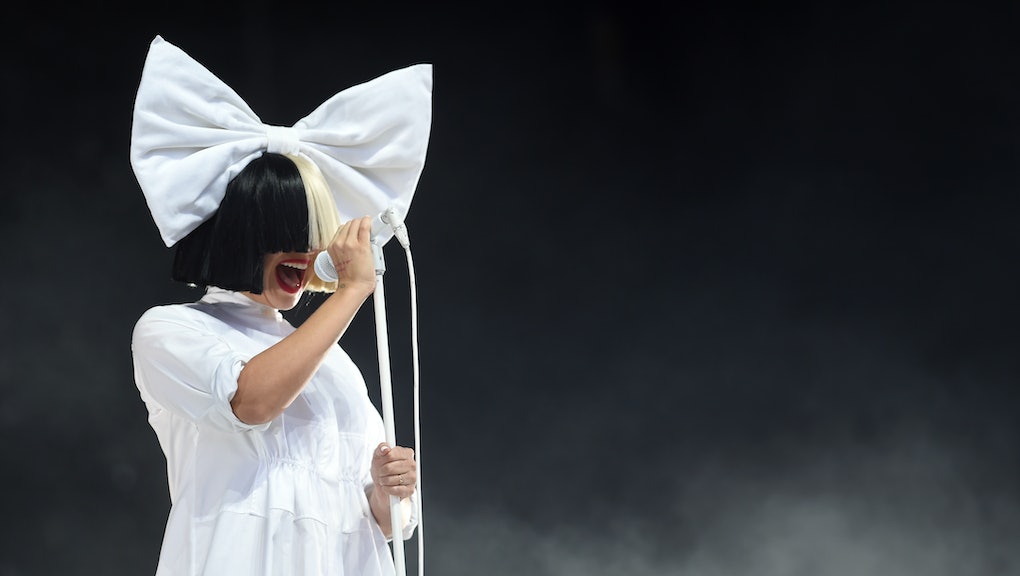 Last week, the news broke that FKA twigs filed suit against Shia LaBeouf, her ex, claiming he subjected her to “relentless abuse,” including sexual battery, physical assault, and infliction of emotional distress over the course of their year-long relationship. This week, there’s even more evidence from the actor’s exes that he’s a serial abuser — and frankly, a serious asshole. On December 12, singer-songwriter Sia tweeted she’d been hurt by LaBeouf too, claiming he coerced her into a polyamorous relationship.

“I too have been hurt emotionally by Shia, a pathological liar, who conned me into an adulterous relationship claiming to be single,” Sia tweeted. “I believe he’s very sick and have compassion for him AND his victims. Just know, if you love yourself — stay safe, stay away.” In a follow-up message, Sia commended FKA twigs for speaking out: “This is very courageous and I’m proud of you,” the Australian artist tweeted.

FKA twigs responded saying she was sorry to learn about Sia’s experience: “This reinforces why I had to publicly share my experience. We need to support each other,” she tweeted. In her lawsuit against LaBeouf, the musician said she plans to donate the majority of any monetary damages she receives to domestic violence charities.

Sia cast LaBeouf in the controversial 2015 music video for “Elastic Heart.” At the time, she explained the video — which depicts an interpretive dance cage match between then 28-year-old LaBeouf and then 12-year-old Maddie Zeigler — was intended to depict “warring ‘Sia’ self states.” But a lot of viewers were disturbed by the dancers’ age discrepancy and the sexual undertones of their choreography. Sia later apologized to “those who feel triggered” by the video.

When they made the “Elastic Heart” music video, LaBeouf was in a relationship with Mia Goth. That same year, strangers in Germany recorded video of him arguing with Goth outside of a taxi near a hotel. On the recording, LaBeouf can be heard telling her, “This is the kind of thing that makes a person abusive.” The men recording the altercation then offered LaBeouf a ride, and he says on camera, “If I’d have stayed there, I would’ve killed her.” Goth and LaBeouf are now evidently married, since tabloids spotted them hand-in-hand, wearing wedding bands earlier this year.

Woman mortified to match with brother on dating app

Myths About Sex That Everyone Thinks Are Still True