In her new book Rethinking Sex: A Provocation, author and Washington Post columnist Christine Emba argues that consent is not enough — that love should be the standard in which we have sex. She decries casual sex and the broader sexual liberation movement. One chapter is even titled, “We’re Liberated, and We’re Miserable.”

Rethinking Sex is far from perfect. For one, Emba focuses on cisheterosexual relationships and doesn’t discuss queer or trans casual sex at all. As a bi woman, that leaves out a significant chunk of my experiences and that of others. Further, she discusses the impact of pornography without speaking to any people who make it.

Still, this book made me…well, not “rethink” sex exactly, but certainly examine it. Emba describes casual sex as unsatisfying, something I and others in my orbit anecdotally found true. I’ve also experienced instances of dubious consent during casual sex as described in the book, like “surprise choking” (though such instances can happen during sex between committed partners, too).

Does casual sex have serious consequences, as Emba argues? Should we stop having it? It’s impossible to fully answer these questions in the span of one book — let alone an article — but if Emba has done nothing else, she’s made a researched argument against the status-quo. The problem is, the argument lacks nuance of all the sexual diversity that exists today.

The current state of affairs

We can’t discuss casual sex or the proliferation of “hookup culture” without societal context. Casual sex, at least in the United States, is the result of many forces: the sexual revolution of the ’60s and ’70s; technology like social media and dating apps; and the excesses of late capitalism, to name just a few.

In terms of the latter two, everything can be on-demand in late capitalism: entertainment, food, and dates — all available if you have the right app.

When you’re doomswiping, it can be easy to reduce the human behind the pixelated profile into just that: pixels. Dating app critics claim that their use causes us to devalue each other, to treat other people as disposable like any other commodity, which can normalize “hitting it and quitting it.”

In Rethinking Sex, Emba interviews a woman who said she “ordered a man” on Tinder — swiped right and invited him over for sex. “What else is ‘ordering a guy on Tinder,'” Emba asked, “except a person and experience repackaged as a commodity for consumption on demand?”

At the same time, though, people are actually having less sex — particularly young people. Gen Z’s distaste for casual sex is so strong that some have been deemed “puriteens,” though their abstinence doesn’t have to do with being puritanical.

COVID is an obvious reason for this, with lockdowns and social distancing restrictions resulting in a long stretch without social interactions and thus no casual sex.

While sex positivity is meant to empower us and instill us with a sense of independence, Emba goes on, “being pressured into a single understanding of what you must and must not do is the literal opposite of personal freedom.”

The result may be having sex you don’t want really want to — like bad sex. Bad sex isn’t exclusive to casual encounters, but many anecdotal “bad sex” stories do occur with non-committed partners. There’s also no one true definition, but Emba writes that different (cis) genders see it differently. “For men, bad sex might look like not orgasming, or maybe being a little bit bored or anxious on the way there,” she says. “For women, bad sex looks like blood, tearing, actual tooth-gritting pain.”

This isn’t to say that pain with sex is normal; it’s absolutely not. No matter your gender, if sex hurts you may be experiencing pelvic pain, and you should consult a medical professional.

To intimacy and relationship coach Lia Holmgren, author of Hookup Without Heartbreak, bad sex in her definition is awkward, dissatisfying. Bad sex is part of sexuality.

“You have to go through bad to have the good,” Holmgren said. “If you don’t have the bad you won’t be able to know what good is.” Sex is an experience, she continued, something to learn from good or bad.

But what if, to you, bad sex means sex you actually didn’t want to have in the first place? Sex and culture critic Ella Dawson calls bad sex “the sex we have that we don’t want to have but consent to anyway.” In Rough, Thompson calls this “unwanted sex.” This kind of sex can leave one feeling “violated, sick, and confused,” wrote Dawson — even though there was consent. We may feel guilty for saying no, or afraid to hurt our partner’s feelings. Again, this doesn’t only happen during casual flings, but there’s plenty of bad sex in our hookup culture.

Why do people — particularly women — consent to sex they don’t really want to have?

One example from Rethinking Sex is women explaining they had sex not because of desire or because they enjoyed it, but because they believed they “should.” They cite societal pressure, the desire to fit in with what others are doing, and to have something to talk about.

“Mastering attachment-free sex was necessary in order to be liberated and urbane, to experience the truest form of pleasure and to solidify their detachment,” writes Emba, “and also to have something to tell their friends (and themselves) about what they did while they were young.”

Couple this internalized societal pressure with immediate external pressure — say, from a partner who really wants to have sex — and you’ll end up consenting to actions you don’t actually want to do.

Unsurprisingly, this type of sex is dissatisfying and can even be traumatizing. In a study Emba cited, nearly a quarter of women have felt scared during sex (compared to around 10 percent of men). 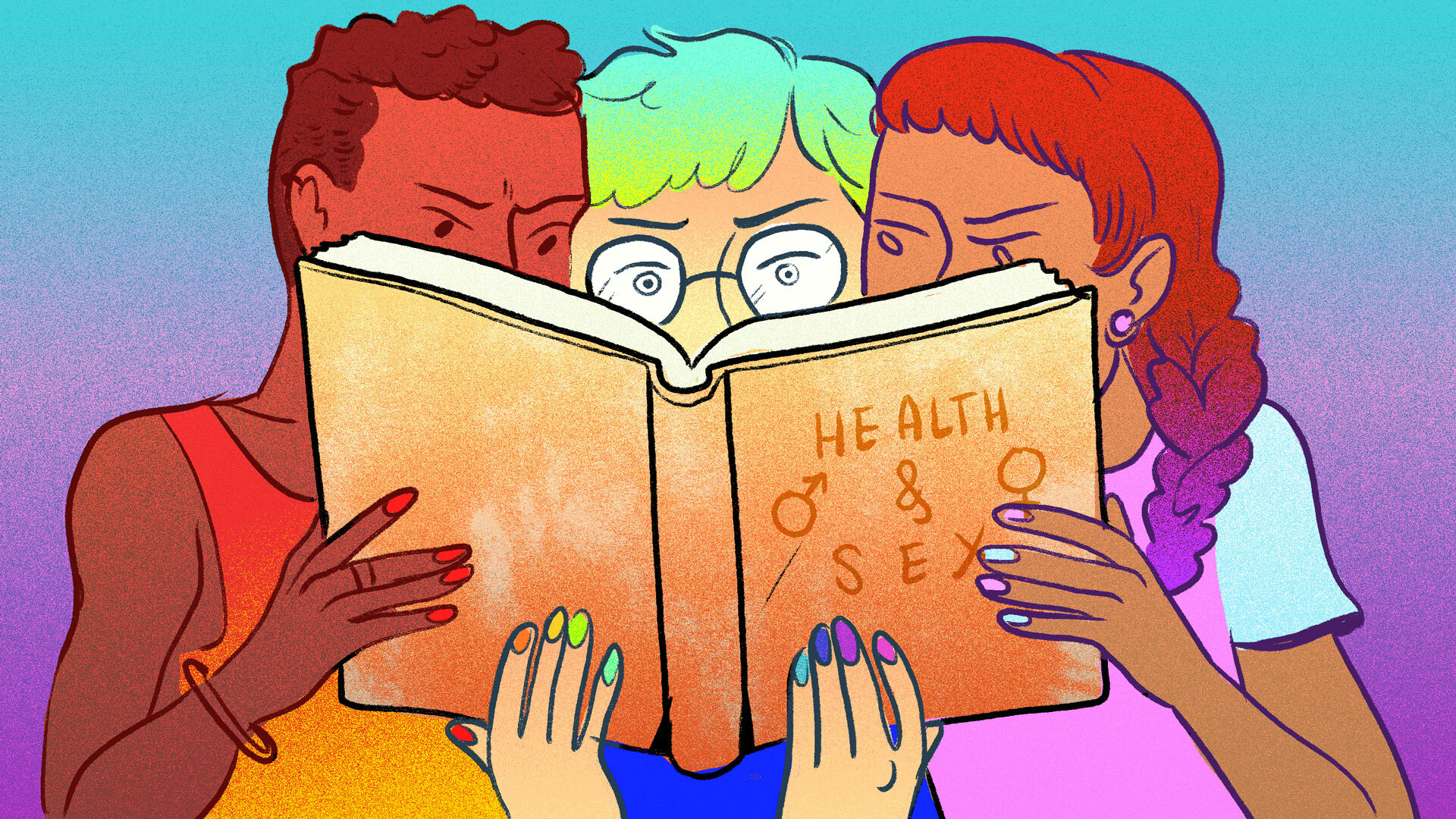 Can you have satisfying casual sex?

What’s the solution to unsatisfying or “bad” casual sex? To Emba, it’s having sex only “under the standard of love” — meaning, having sex only when you love each other, eliminating casualness. This is a bold stance, and may not resonate with you. It’s possible to have satisfying casual sex with someone you “only” like, or to find your feelings are stronger after becoming physical with someone.

If you’ve had a lot of casual sex, you may know what it’s like to have sex with someone who doesn’t love you — or even care about you. It can be demoralizing. In the age of dating apps especially, you can feel disregarded after a one-time hookup.

Holmgren shares Emba’s views on loving your partner. She’s for “a certain love and respect to someone you sleep with,” she said.

While she doesn’t think you have to be “crazy in love” — and she also thinks the word itself is overused in the U.S. because people refer to loving crushes and friends — she is pro-love in sex. “I want to love someone, I want to have connection,” she said. “It makes things better because there is [a] certain respect to people you love.”

Emba goes on, however. She calls for us to “will the good of the other,” borrowing a phrase from philosopher and theologian Thomas Aquinas. In this context, willing the good means respecting someone’s dignity, showing them care, and feeling basic empathy towards them. This means perhaps not engaging in sex if you don’t think it will be “good” for your partner, whatever “good” may be.

Figuring out what’s good for someone else is worthwhile, but can be difficult. How do we know what’s right and wrong for another person? What if, instead, we (especially women and queer people) investigated our own desires, prior to putting ourselves in a sexual situation? What kind of sex do we want to have, if we want to have sex at all?

What outcome do we want from sex — pleasure, intimacy, love, acceptance? These can all be achieved outside of sex. Perhaps we, as journalist Reina Gattuso suggests, should define sexual liberation for ourselves. Name what you truly want, whether it’s a committed partner or a one-time fling or something in-between.

No matter your relationship to your sexual partner, talking about sex and setting boundaries is crucial. This isn’t easy, as Thompson acknowledges in Rough, but boundaries “are not just essential for your mental health and self-esteem, they are also vital in making you feel safe and comfortable in sexual situations.” Some boundary-setting techniques she suggests are writing a yes/no/maybe list, or going by the traffic system — yellow for “let’s do something else” and red for “stop entirely.”

If you do want to engage in casual sex or “hookup without heartbreak,” as Holmgren suggests, she said to live in the moment. If you want to have sex one night, it may not flourish into something else — and that’s OK.

Furthermore, it’s quite possible that you disagree with Emba’s love notion all together. Founder and CEO of sexual wellbeing discovery platform tickle.life Shakun Sethi does, asking, “What is love? I don’t think half of us even know what love is.”

To Sethi, casual sex lets you get to know someone before you fall in love with them. It also can be sexually gratifying — if that’s what you’re looking for. Like Holmgren, she suggests that if you have casual sex it’s best to focus on the moment.

Whether you agree with Emba or Holmgren or Sethi — or none of them — casual sex is your choice. Maybe what we “should” be doing is stop prescribing what we should do and instead figure out what we want to do. Maybe what we need to rethink is what we want sex to look like for ourselves.

A version of this article originally appeared here on mashable.com

What To Do If You've Been Ghosted In A Relationship

How to Know When Your Partner Is Cheating