~ July, 2021 ~ One woman’s unashamed sex drive has propelled her into the ranks of Australia’s multi-millionaires thanks to her genius business idea.

Eloise Monaghan never could have imagined that wandering into a Brisbane sex toy shop 15 years ago would spark an idea that would secure her status as a multi-millionaire.

Mrs Monaghan, now 45, was there in 2006 with her then-girlfriend, shopping for a hen’s night.

She’d never been to a sex store before and there was a guy smoking a cigarette behind the counter, she recalled.

“I walked in and thought there had to be something better,” she told news.com.au, speaking a few glasses into a champagne bottle from Los Angeles, USA.

The budding entrepreneur went on to launch Honey Birdette, a risque Australian lingerie and sex toy label “changing the world one orgasm at a time” aimed at women.

Earlier this week, Mrs Monaghan sold her business to notorious US company Playboy for $440 million. 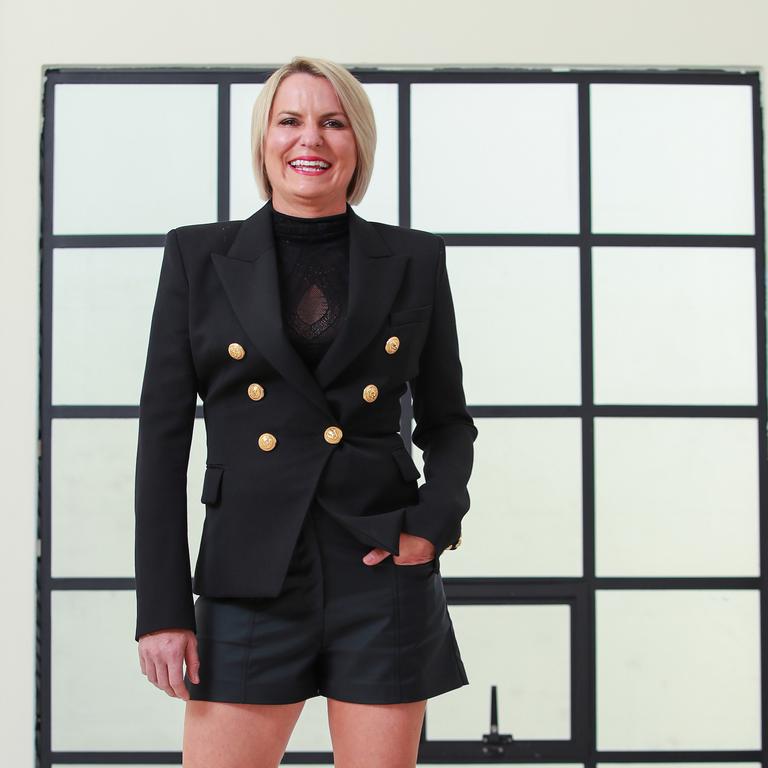 Playboy’s parent company, PLBY Group, Inc. announced on Wednesday it had entered into a “definitive agreement” to acquire Honey Birdette.

Since 2006, Honey Birdette has expanded to turn into 60 stores across Australia, the US and the UK.

But Mrs Monaghan has by no means washed her hands of the company, and she will still have a say in the product, branding and manufacturing of Honey Birdette.

“It’s my baby,” she explained.

“Getting rid of your child, you can’t do it.”

At first glance, Playboy and Honey Birdette appear at odds.

Playboy is a men’s pleasure company known for its adult themes and sexualisation of women.

Honey Birdette, on the other hand, was founded on the premise of women being able to freely explore their sexual wellness.

However, the two companies make for an unlikely pair, according to Mrs Monaghan.

“When I first heard of it (Playboy trying to buy) I was like absolutely not,” she said.

“But they have evolved with the times.

“I walked in there and thought this is what we are.

For a time, she toyed with the idea of selling to a private equity firm, but ultimately decided against it.

“They would have diluted female sexuality, which I just couldn’t stand.”

Mrs. Monaghan’s unashamed sex drive and her sexuality is intrinsically tied to her success.

After her bombshell idea in 2006, she ordered sex toys which arrived in her lounge room six weeks later.

“They (the toys) were an inch shorter than they needed to be,” she quipped.

She casually mentions how she met her now-wife, Natalie, on hook-up dating app Tinder.

Coming off a gruelling six-hour flight from Western Australia, she was planning to bail on the date, until a friend convinced her to go.

“I turned up and she (Natalie) was magnetic,” Mrs Monaghan said.

“Within six months I proposed.”

The couple unofficially married in 2016, and then legally married after the same sex marriage plebiscite passed.

Mrs Monaghan used to work the floor of Honey Birdette stores around the country.

“Some of most amazing conversations I’ve had (was) in the change room, talking to someone going through a divorce,” she said.

However, Mrs Monaghan is no stranger to controversy.

She is currently involved in a legal battle with her former partner and co-founder of the company, Janelle Barboza, who was bought out of the lingerie business in 2014.

Honey Birdette also made headlines in 2017 after the advertising watchdog banned their in-store advertising because it was of a “highly sexual nature”. This was the Honey Birdette campaign that sparked outrage. Honey Birdette has a few scandals in its 15-year history.

After receiving a complaint, the image was banned by the Australian Ad Standards Bureau for breaching Section 2.4 of the Code, which states “Advertising or Marketing Communications shall treat sex, sexuality and nudity with sensitivity to the relevant audience”.

“We’re not handmaids [referencing the dystopic novel The Handmaid’s Tale] anymore,” Mrs Monaghan said in response to the controversy. Why are we telling young kids to be ashamed of their bodies?”

When asked if she was selling up because of the multiple controversies and stress involved with the day-to-day running of the business, Mrs Monaghan assured news.com.au that wasn’t the case.

“Truthfully, we needed to take it to the next level, and globally that (Playboy) was the decision for me,” she explained.

As well as inking in the deal with Playboy, she also used her time in the States to open up a Honey store in Las Vegas.

The money wasn’t a big factor, either.

Mrs Monaghan doesn’t know what her net worth is, and said “I actually don’t care”.

“I’ve been afforded the best life,” she said, adding she wasn’t the sort to spend her money “wastefully” on things like yachts, though she does own multiple properties in Australia.

She and her wife plan to use the money to travel, when that becomes possible.

A version of this article originally appeared here on dailytelegraph.com.au

Your Sex Education May Have Missed These, Here Are 4 Facts You Need to Know

Your Sex Education May Have Missed These, Here Are 4 Facts You Need to Know

"It's Over" - People Are Sharing The Moment They Fell Out Of Love With Their Significant Others, And It's Heartbreaking

How Men’s and Women’s Affairs Are Similar and Different

Relationship Expert Reveals the Signs You’re Stuck in a ‘Situationship’