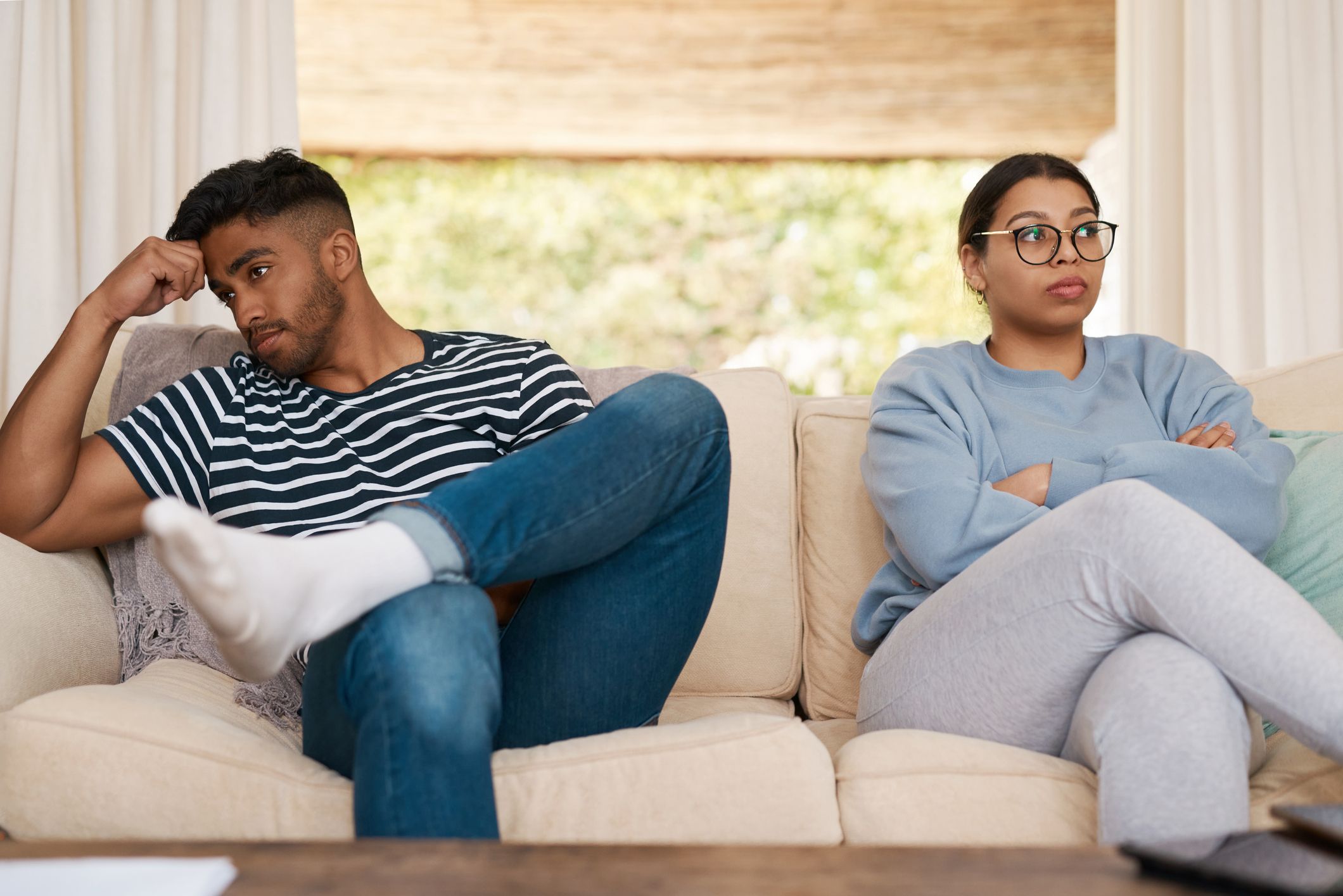 If there’s one piece of Internet parlance you’ve seen whizzing around your social feeds over the past months, it’s ‘quiet quitting.’

The phrase, used variously to describe doing the scantest amount of work possible without being quite enough of a problem to be sacked, or simply working to your job spec and tapping out at 5pm, spoke loudly to a generation of people raised in the relentless hustle of overtime, overwork and general ‘grind culture’.

What is ‘quiet quitting’ a relationship?

So it stacks up that applying that same term to areas of life outside of employment would appeal, too. Lately, a number of people on TikTok have offered their views on the old but freshly rebranded phenomenon of ‘quiet quitting a relationship.’ As before, this refers to doing the bare minimum required to avoid being ‘let go’ – but in this case that’s with regards to being dumped by a romantic partner, rather than HR.

This trend, notes i-D, began life via what was intended as a satirical post from (hilarious, trust us) 26-year-old TikTok creator, Daniel Hentschel.

‘Quiet quitting or quiet dumping is when your partner chooses to only do the bare minimum required to date you without you breaking up with them. They’re no longer going above and beyond for you, they’ve lost interest but they don’t want to be the one to break it off,’ explained Hentschel, in the video.

Despite being conceived as a joke, it landed, hard. Rapidly, ‘6 signs that your partner is quiet quitting your relationship,’ and ‘why it’s actually ok to quiet quit a relationship’ began to circle on the app.

Well, yes. Like most Internet-popularised phases, this one is a new term for an ancient phenomenon. ‘Quiet quitting a relationship has been around for as long as relationships have been around,’ says London-based relationship and divorce coach, Natasha Mahtani (@natashacoaches.)

‘People have always gotten to a point where they know they’re not into it anymore, but aren’t sure how to bring it up. You could compare it to the idea of staying together for the kids: people who have clocked out of their relationship, they’re doing their own thing, but they might feel a sense of responsibility to stay.’

So why do people ‘quiet quit’ on their partners?

As to why she thinks someone might quietly quit a relationship? ‘It could be linked with a fear of the unknown, especially if people have been in a relationship for a long time.’ She also mentions low self-confidence as a factor: if the person doesn’t feel able to have a conversation about what’s not working in a relationship, or that they want to break up, that speaks to issues asserting oneself. ‘Plus, depending on your culture, there might be a sense of shame linked with breaking up,’ Mahtani adds. ‘So it’s easier to quiet quit than to talk about ending the relationship.’

Mahtani references a client she once had who had been married for 26 years, but was locked in a bad relationship, as someone who had ‘quietly quit’. She knew that the marriage was unhappy, and yet her fear of the unknown and of regret was so great that she had stayed with her husband, living separate, parallel lives. This is an extreme example, but the underlying emotions could well govern some people who ‘quiet quit’ a relationship.

So, how might you know if your partner is doing so? Mahtani offers the key signs, below.

Signs your partner is ‘quiet quitting’ your relationship

‘Sometimes it can be as subtle as the person’s just not listening to you: you try and engage them in conversation and they’re repeatedly aloof or offhand. Or you get excited, saying “we should see this film” or “let’s try this restaurant” and they continually don’t respond in kind. It means you’re not getting that feeling of companionship.’

Whether that manifests as a lack of sexual activity versus what you’re used to, or a shortage of in-depth, emotional conversations, when those were always a given. Perhaps you get a promotion at work and would assume they’ll make a fuss, arranging to celebrate – but there’s tumbleweed. ‘There’s that feeling of distance, that you’re trying to be close with your partner and they’re making excuses,’ says Mahtani.

3. They won’t discuss the future

Sure, this might manifest in a refusal to discuss big stuff, like a house move or marriage. But, says Mahtani, it could look like making excuses if you want to chat about something smaller in the future, such as booking a holiday for next year, or attending a wedding in the summer.

What to do, if you suspect this is the case

Ahead of noticing any of the above, Mahtani advises getting into the routine of having regular check-ins with a romantic partner, to ensure that you’re always communicating about how the relationship is feeling for you. ‘I’d recommend getting into the habit of setting aside to talk about how things are going at a set time – that could be on a Friday evening, or whenever works,’ she says.

She stresses how necessary clear, on-going communication is. ‘You can push stuff under the carpet, but eventually you’re going to trip up on that huge mountain. With those check ins, make them specific: know what you want to bring up, how you want to handle it – so that could be “when you didn’t ask me what I want to do for my birthday, that hurt, can I ask that you plan ahead for my birthday, in the future?” ‘

If you’ve not been communicating and find yourself embroiled in what you suspect to be a ‘quiet dumping,’ it’s time to start. Ask your partner to make some time to sit down, so you can ask them what’s going on and if there’s anything they want to get off their chest. You could observe that they’ve seemed less engaged in your relationship, and ask if there’s something going on.

That’s not to say that this will invariably lead to you calling it quits. While the relationship may have run its course, Mahtani says that there’s a chance that your partner wants to make it work, but is aggrieved about something and is struggling to express it. That’s something you can give space for.

Of course, if they don’t care to listen to what you have to say, and don’t care to take steps to mend the relationship, then things are pretty clear.

A version of this article originally appeared here on womenshealthmag.com

Sexologist Reveals the 5 Do's and Dont's of Sex Toy Shopping

Love In A Pandemic: COVID-19’s Impact On Relationships