As the implosion of crypto exchange FTX continues, new claims of a bizarre, 10-person sexual “polycule” have emerged.

As the implosion of crypto exchange FTX continues, new claims about the “gang of kids” responsible for the $32 billion disaster are emerging — with allegations of amphetamine use and a freewheeling, 10-person “sexual polycule” inside the luxury Bahamas penthouse that served as the doomed operation’s headquarters.

Sam Bankman-Fried, 30, is now facing a criminal investigation in the Bahamas, as well as regulatory probes in the US, over the collapse of FTX and around 130 affiliated entities, including controversial trading firm Alameda Research.

FTX is alleged to have secretly transferred up to $10 billion of customer funds to Alameda to fund risky cryptocurrency trades prior to its collapse.

Sam Bankman-Fried ran in a polycule that may have destroyed the crypto market pic.twitter.com/8gGtyYXsd5

According to a bombshell report by CoinDesk, Ms. Ellison and Mr. Bankman-Fried were part of a “cabal of roommates” who ran the crypto empire and “dated” each other, while living in a $40 million penthouse in the Bahamas’ exclusive Albany resort.

Many of the 10 roommates, including Ms. Ellison, are Mr. Bankman-Fried’s former co-workers from the trading firm Jane Street, while others he met at the Massachusetts Institute of Technology.

Also living in the house were FTX co-founder and chief technology officer Gary Wang and director of engineering Nishad Singh. “All 10 are, or used to be, paired up in romantic relationships with each other,” CoinDesk reported.

The website said it spoke to several current and former FTX and Alameda employees on the condition of anonymity. It quoted one source as saying: “The whole operation was run by a gang of kids in the Bahamas.”

“They’ll do anything for each other,” another said. The cozy living arrangement was also described in a resurfaced puff piece that has since been deleted from the website of Sequoia Capital, FTX’s largest outside investor which had a stake worth $425 million at its peak.

“The penthouse atop Orchid — Apartment V — is likely the most expensive condo in all of the Bahamas, and it’s the home of Sam Bankman-Fried,” wrote San Francisco author Adam Fisher.

“He lives there with nine roommates: fellow travelers in the EA [effective altruism] movement … An intimate crew. It’s just SBF, his family (his mother, father and brother are all in town) and close friends. A small team dedicated to fixing the world — via the magic of quantitative reasoning and the overwhelming force of goodwill. All of them are united by the mission.”

Claims that the close friends had romantic connections saw the term “polycule” — a “broad term used to describe all the interconnected partners in the same polyamorous network”, according to Cosmopolitan — explode on social media.

“Sam Bankman-Fried ran in a polycule that may have destroyed the crypto market,” tweeted tech executive Ed Zitron from the Where’s Your Ed At newsletter.

Zak Kukoff from VC firm General Catalyst wrote, “[tiktok robot voice] a day in my life as a low ranked member of a Bahamian polycule.”

The current and former employees told CoinDesk that Mr. Bankman-Fried and his circle of friends effectively ran wild, with little oversight and major conflicts of interest that sparked alarm among workers.

The workers also said they were told little about what was happening at the top levels of the cryptocurrency firms as they spiraled toward bankruptcy.

“Gary, Nishad and Sam control the code, the exchange’s matching engine and funds,” one of CoinDesk’s sources said. “If they moved them around or input their own numbers, I’m not sure who would notice.”

Ms. Ellison, a Boston native, hasn’t tweeted since November 9 and is yet to address the bankruptcy.

But social media users have pored over her old interviews — including a now-viral podcast appearance from July 2020, where she described her childhood obsession with Harry Potter books and her affinity for LARPing — where participants dress up as and portray fictional characters.

“I was pretty obsessed with Harry Potter as a kid,” she said. Sam Bankman-Fried’s $US40 million Bahamas penthouse is up for sale.

In another viral interview about Alameda’s trading, she said she could “absolutely pull it off without my math degree”. “You use very little math — you use a lot of, like, elementary school math,” she said.

“Being comfortable with risk is very important. We tend not to have things like stop-losses, I think those aren’t necessarily a great risk-management tool. I’m trying to think of a good example of a trade where I’ve lost a ton of money … well, I don’t know, I probably don’t want to go into specifics too much.”

Another clip circulating online shows Ms. Ellison joking about being skeptical of yield farming — a risky trading strategy which became one of Alameda’s biggest moneymakers.

Yield farming involves investing in cryptocurrencies that pay interest-rate-like rewards. Such tokens often have an initial run-up in price before crashing.

“It’s essentially like picking up pennies before a steamroller,” independent blockchain analyst Andrew Van Aken told The Wall Street Journal last week. “You use dollars, or stablecoins, to get these very speculative coins.”

SHE IS THE CEO OF FTX / ALAMEDA

WHERE WHERE THE SIGNS LMAO pic.twitter.com/xrEhke9WuC

The CEO of Alameda

HOW IS THIS REAL LIFE ?!? pic.twitter.com/wMMYdD9TEX

Ms. Ellison recalled in the interview that there was “a big argument” about “should we even do yield farming at all”. “And I was kind of like, oh I dunno, this whole thing seems, like, weird, and are there risks, and, like, what if these platforms get hacked?” she said.

“And it’s like, such a huge pain operationally, accounting-wise, all of that. I lost that argument I guess. For me, a lot of it was just about readjusting my expectations and being open to whatever happened. I think like every week or so something weirder than the previous week would happen.”

In April last year, she sparked controversy after revealing on Twitter that she used amphetamines.

“Nothing like regular amphetamine use to make you appreciate how dumb a lot of normal, non-medicated human experience is,” she wrote.

“The dumbest thing is: this morning, I was lying on the couch reading a book. then I decided to go for a hike. But it took me like … a half an hour from that point to muster the energy and motivation to actually get up from the couch.”

FTX collapsed after suffering the equivalent of a bank run last week, as customers scrambled to withdraw around $US5 billion in funds amid rumors of a liquidity crisis.

Fears first began to mount after CoinDesk reported Alameda was heavily invested in FTT, a token issued by FTX. 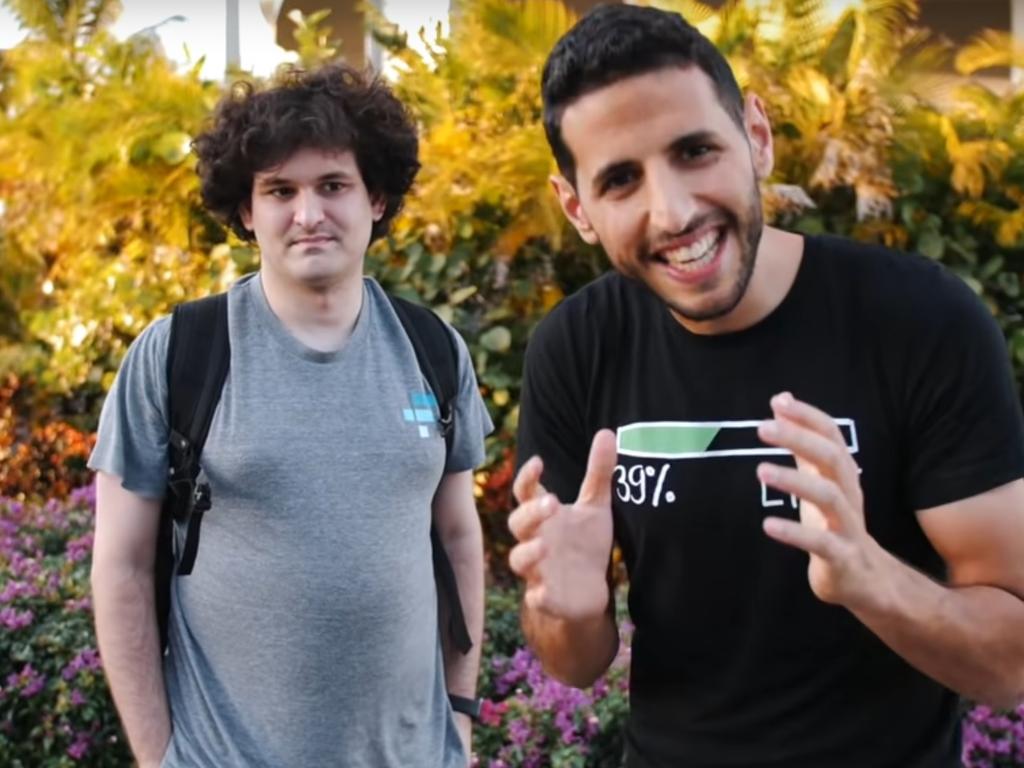 According to the Financial Times, FTX had less than $US1 billion in liquid assets against $US9 billion in liabilities before it went bankrupt.

Somewhere between $US1 billion and $US2 billion in client funds has disappeared since FTX’s collapse, according to Reuters.

Mr. Bankman-Fried told Reuters he “disagreed with the characterization” of the $US10 billion in transferred funds. “We didn’t secretly transfer,” he said in a text message. “We had confusing internal labeling and misread it.”

Late on Friday night after FTX filed for bankruptcy, hundreds of millions of dollars worth of crypto were siphoned from its digital wallets in a series of “unauthorized transactions”, with the company warning users that it had been “hacked”.

Earlier this week, Mr. Bankman-Fried had put the Bahamas penthouse up for sale for nearly $40 million

The Albany Club — the most exclusive resort community in the Bahamas which boasts members including Tiger Woods and Justin Timberlake — has also gotten stuck in the crosshairs.

The neighborhood was intended to cater to “a new breed of global elite”, according to comments made Albany partner Jason Callender several years ago.

But over the weekend, Albany Club general manager Damien Michelmore sent residents an email with the update that Mr. Bankman-Fried’s company “FTX filed for bankruptcy” and instructed residents not to speak to the press.

A version of this article originally appeared here on dailytelegraph.com

My Situationship Breakup Hurt More Than Ending My 5-Year Relationship

“It’s Over” – People Are Sharing The Moment They Fell Out Of Love With Their Significant Others, And It’s Heartbreaking