~ NOVEMBER 2021 ~ Summary: “Orgasmic meditation” produces a distinct pattern of brain activity, researchers report. The practice alters activity in the frontal lobe and temporal lobe, an area of the brain associated with emotional processing.

In a first-ever study, orgasmic meditation, a unique spiritual practice that uses stimulation of a woman’s clitoris as its focus, has been found to produce a distinctive pattern of brain function, according to a study published in the journal, Frontiers in Psychology.

The study found significant changes in brain function in areas associated with sexual stimulation and also more traditional meditation practices—thus representing a true hybrid in terms of its effects.

The brain changes were also correlated with alterations in the autonomic nervous system that regulates basic body functions and is implicated in both intense meditation effects as well as sexual stimulation. In addition, patients reported profound spiritual experiences including intense feelings of oneness, unity and connectedness.

The study was conducted by the Department of Integrative Medicine and Nutritional Sciences, as well as the Departments of Obstetrics and Gynecology, at Thomas Jefferson University.

This study of 20 pairs of meditators used functional magnetic resonance imaging (fMRI) to measure the changes in functional connectivity between the OM practice and a comparable “neutral” state. Importantly, there were significant changes in both the males and females separately, as well as when combined. This implies that certain general aspects of the practice can affect both the male and female participants in similar and different ways.

Specifically, there were changes in frontal lobes which has also been observed in other meditation practices that involve intense focus as well as a sense of release or flow. 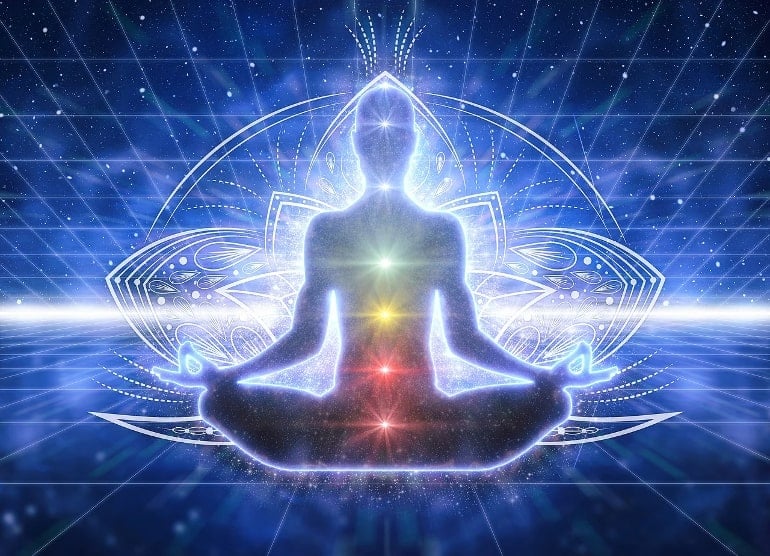 Image is in the public domain

There were changes in the parietal lobe, an area of the brain involved in the spatial representation of the self, and associated with feelings of oneness and connectedness during spiritual practices. Parts of the temporal lobe were also affected, including the emotional centers of the limbic system, which have been observed to be affected during meditation practices as well as sexual stimulation.

“This study also suggests the possibility of an important link between sexuality and spirituality. It should be no surprise that there is such a relationship since both sexual and spiritual experiences can be referred to as “ecstatic” and spiritual traditions have long struggled with the potential problems and benefits of the sexual human being.”

It should also be emphasized that the findings may have implications for therapeutic applications in the future, helping with various neurological and psychological problems including emotional traumas, sexual dysfunction and even depression.

About this psychology and neuroscience research news

Alterations in Functional Connectivity Measured by Functional Magnetic Resonance Imaging and the Relationship With Heart Rate Variability in Subjects After Performing Orgasmic Meditation: An Exploratory Study

Background: We measured changes in resting brain functional connectivity, with blood oxygen level dependent (BOLD) functional magnetic resonance imaging (fMRI), associated with a creative meditation practice that is augmented by clitoral stimulation and is designed to not only achieve a spiritual experience but to help individuals manage their most intimate personal relationships. Briefly, the meditative state is attained by both the male and female participants while the male stimulates the woman’s clitoris. The goal of this practice, called orgasmic meditation (OM), according to the practitioners is not sexual, but to use the focus on clitoral stimulation to facilitate a meditative state of connectedness and calm alertness between the two participants.

Methods: fMRI was acquired on 20 pairs of subjects shortly following one of two states that were randomized in their order – during the OM practice or during a neutral condition. The practice is performed while the female is lying down on pillows with the clitoris exposed. During the practice, the male performs digital stimulation of the clitoris for 15 min. Resting BOLD image acquisition was performed at completion of the practice to assess changes in functional connectivity associated with the performance of the practice.

Conclusion: Overall, these findings suggest a complex pattern of functional connectivity changes occurring in both members of the couple pair that result from this unique meditation practice. The changes represent a hybrid of functional connectivity findings with some similarities to meditation based practices and some with sexual stimulation and orgasm. This study has broader implications for understanding the dynamic relationship between sexuality and spirituality.

A version of this article originally appeared here on neurosciencenews.com

Sex Experts Explain Why Humiliation Kinks Can Be So Hot