Shawn William says the first date he went on after his marriage ended was “trash.”

It wasn’t his date’s fault. “I was comparing her to my ex, like oh my ex wouldn’t do that, which is already unfair,” William tells Inverse. “I also ended up talking about my ex a lot.”

William and his ex-wife separated six years ago, shortly after the birth of their son. William, who is in his 40s, is a spoken-word artist and author of Sex, Love, Heartache, and Healing, which he says offers a “vulnerable and human side of a Black man dealing with lust, love, breakups, marriage, divorce while reentering the dating scene.”

Now, he understands. He “wasn’t ready” to date.

Jumping in too soon wasn’t without consequences. The date was with someone from his past, someone he was friends with.

“I messed up a good friendship,” he says. “We should have just stayed friends, but instead, we lost that friendship. It wasn’t worth it.”

Whether it’s who to date, how to date, or whether dating might affect their kids, single dads have a lot to worry about. There are also a lot more single dads. According to the Pew Research Center, the proportion of American households with minor children where a father is the sole head of household have increased from 1 percent in the 1960s to 8 percent in 2011.

Inverse spoke with six single fathers and a clinical psychologist about the challenges of dating as a solo parent and how to evaluate what’s best for your own mental health. There are frameworks that can guide you — and one critical question you should ask your child before introducing them to someone new.

How do I know when I’m ready to date again?

Thomas DiBlasi, a clinical psychologist and assistant professor of Psychology and Human Relations at St. Joseph’s College, tells Inverse the fact that William’s mind was still preoccupied with his ex was a pretty good sign he wasn’t ready to date.

But there are also signs which reveal you are ready. DiBlasi says these include:

“Feeling whole is an important one,” Diblasi says. “Ideally, dating is not fulfilling an internal void, but rather a desire to share yourself with another person.”

How to deal with four dating challenges

Dating as a single dad comes with challenges. Most often, DiBlasi says, these are:

For William, dating after being married was initially very surreal and confusing.

“I don’t want to compare marriage to jail because it’s not, but dating for the first time after can feel like coming out into the real world after having been institutionalized,” he says. “Like, you went in when everyone was using pagers and had a Nokia phone, and you come out, and everyone is using smartphones.”

What might your kids think and feel if you never told them?

DiBlasi says it’s important to be patient and compassionate with yourself.

“Dating can take some getting used to,” he says. “Don’t put undue pressure on yourself, but also don’t let your behavior be guided by fear. Instead, ask yourself if you are ready to date and what is most in line with your values.”

2. Not knowing how to find someone

If you got married pre-Tinder and other dating apps, you might feel, as William did, like you’re a pager guy in a world of smartphones.

Apps can be great for some people, but it’s important to remember they aren’t the only way to find a partner, Diblasi says. More conventional methods, like meeting someone through friends, are always an option.

3. Worrying about what your kids will think

It’s completely understandable and responsible to worry about what your kids will think about you dating.

But DiBlasi says it’s important to remember that you don’t have to tell your kids right away: “You can introduce your potential partner when you’re good and ready.”

4. Worrying about what a potential partner might think about you having kids

According to the men Inverse spoke with, there are two big pitfalls when it comes to potential partners attitudes toward kids:

William says if the person you’re dating doesn’t have children, it can be hard for them to understand your schedule and priorities.

“Some women will be like, ‘hey, what are you doing tomorrow, let’s go to Hawaii.’ I can’t do that,” William says, “I can’t just put everything down. And you probably wouldn’t want me to just abandon my child.”

Allen*, a father in his 30s living in Texas, dated a woman for about eight months before he introduced her to his kids.

“At first, everyone got along fine, and I thought things were cool, but she started getting pushy about the kids being there when we went on dates when previously I had gotten a sitter,” he tells Inverse.

Soon, he felt like she was vying for the role of replacement mom. She wanted to pick out their clothes and do their hair, telling Allen, “kids just need a mom to do that stuff.”

“My kids don’t need a mom to do those things,” he says. “I can Dutch braid and do cornrows and box braids, literally anything that needs doing; I can do it. My kids don’t go without these things.”

Allen eventually ended the relationship when the woman started refusing invitations unless the kids would be there and undermining his parenting decisions.

“I would definitely want a future partner to love my kids, but we aren’t even going to the assessment portion of that until I know that they are in it with me, not against me or just in it with the kids,” he says. “My kids are awesome, and I know that, but that doesn’t give anyone the excuse to try to come in and lay claim to them.”

When to introduce your kids to someone you’re dating

Before a potential partner can spend time around his son, William asks important vetting questions:

Before you introduce your kids to someone you’re dating, DiBlasi believes you should be clear about if you see a potential future with the partner. If you do, he says, “it might be beneficial to tell your kids.” 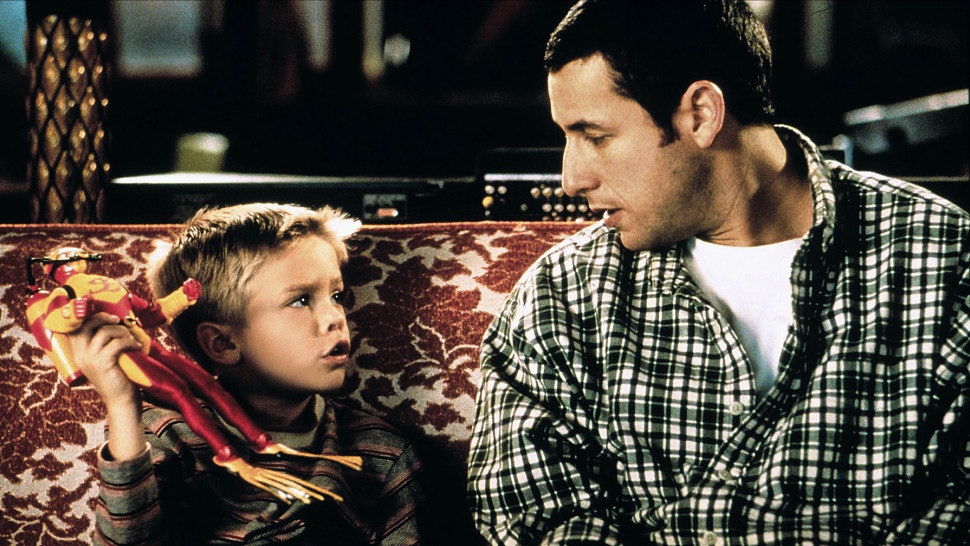 A 38-year-old single father in North Carolina, Jared* says that while he’s dated several women as a single father, he’s never introduced any of them to his kids.

“I didn’t really see a future with them,” he says.

“If you do decide to tell your kids, it’s important to think about how they might respond,” DeiBlasi says. He suggests asking yourself: What might your kids think and feel if you never told them?

Some kids, especially younger children, may worry their father is trying to replace their previous (or other) caregiver with a new partner.

Diblasi suggests “sitting them down and explicitly telling them that you are not trying to do so.”

“Instead, tell them that they are gaining another person who loves and cares about them,” he says. “Be sure to reassure them that you love them and are there for them.”

When dating gets (too) complicated

Several of the men Inverse spoke with said they don’t have the time to date. Tim*, a 40-year-old in Texas whose son has autism, tells Inverse he advises fathers with full custody not to.

“It just takes time and money from your child,” Tim says. “You and your child will be better off making friends and not trying to go down the rat hole of dating!”

Other men, like Lee*, 46, want a romantic relationship but say it’s just not possible.

“It is really hard to balance dating at 46 with a pretty difficult 9-year-old son and a very good but demanding career, “ he says.

“I can’t put a relationship in front of parenting for the next few years,” he says. “That isn’t fair to whoever I am in a relationship with. Until I am able to do that, I’m kind of stuck, and it is depressing and very lonely.” 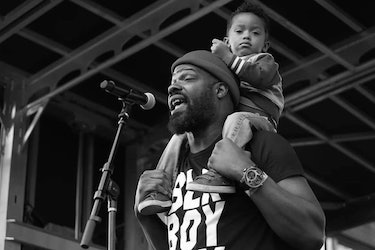 Regardless of whether you’re ready or not to date, being a single father is hard. William stresses the importance of self-care.

Eight or nine years ago, he would have thought the same thing. Now, Williams says it’s important to “start erasing that.”

This can be done through therapy, but he knows that not every guy will be comfortable with that. If you’re not, William suggests talking to friends or finding a support group of single fathers.

“Make sure that you’re able to talk to someone to be a better person for yourself, for anyone you might date, and for your child,” he says. “That’s the most important message I have.”

A version of this article originally appeared here on inverse.com

6 Reasons Why You Should Be Having Sex in the Afternoon

So, Is the Office Romance Over, or Has It Just Been on a Break?