From a childhood crush to fate bringing them together, the couple had quite the love story.

See how things started and the statement announcing that they’re parting ways.

Lisa Bonet and Jason Momoa are going their separate ways.

The couple announced the news in a heartfelt message on social media on Wednesday, saying that as the world is going through “seismic shifts,” so is their family.

“We share this not because we think it’s newsworthy,” they stated, “But so that as we go about our lives we may do so with dignity and honesty.”

“The love between us carries on, evolving in ways it wishes to be known and lived,” they added. “We free each other to be who we are learning to become…Our devotion unwavering to this sacred life & our Children.”

The couple share two children together, daughter Lola, 14, and Nakoa-Wolf, 13. This was the second marriage for Bonet, who was previously married to rocker Lenny Kravitz from 1987 to 1993 and share daughter Zoe, 33. We’re sad to see these two break up, but there’s positivity and refreshing honesty in the announcement as they put their family first. Take a look back at the way things were between the couple through our relationship timeline.

Manifestation Moment
According to Momoa, he had a crush on the former ‘Cosby Show’ star long before he was even an adult. “Ever since I was like, 8 years old and I saw [Lisa] on the TV, I was like, ‘Mommy, I want that one,’” he told James Corden in 2017. “I’m like, ‘I’m going to stalk you for the rest of my life and I’m going to get you.’ But yeah, just always wanted to meet her. She was a queen, always.” 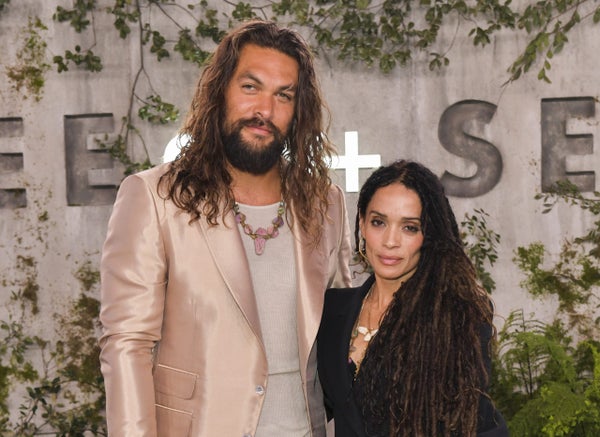 They Met
In 2005, Momoa finally had his chance to shoot his shot with Bonet, with the two meeting at a jazz club while hanging with mutual friends in New York City. “We just happened to be in the right place at the right time,” he said. “I actually had dreaded my hair for her. I had dreadlocks, she had dreadlocks. I literally turned around and I see her and she goes, ‘I’m Lisa.’ I had f—-ing fireworks going off inside, man.” “I can’t say it was full-on from the moment we saw each other, but we have been together from the day that we met,” she said to PORTEREdit a few years ago. “In that moment, love came and it came big, and he did not run as I think a lot of men do. He basically picked me up and threw me over his shoulder, caveman style!” 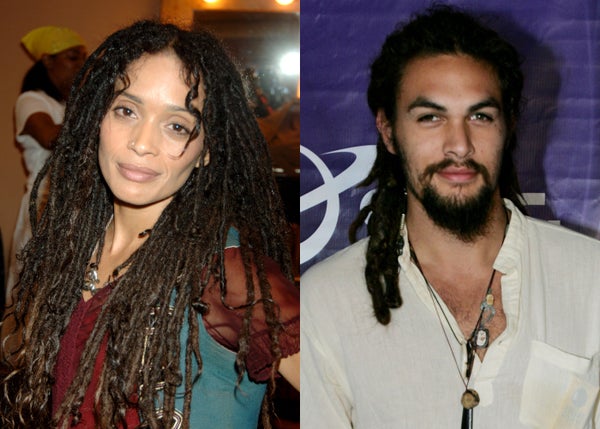 He Fell for Her Family
As the two fell in love, Momoa told Men’s Health that he prioritized getting close to Bonet’s ex-husband, Lenny Kravitz, and their daughter, Zoe, who was a teenager at the time. He and Lenny refer to each other, he said, as “Ohana,” or “family,” and he calls Zoe “zozo bear,” while she calls him “papa bear.” 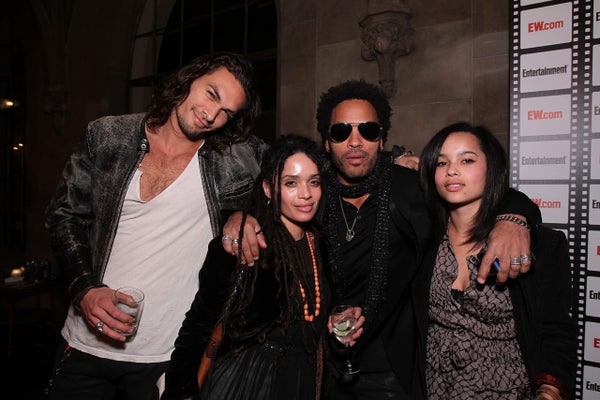 They Started Their Own Family
In 2007, two years after meeting, the couple welcomed their first child together — daughter Lola. They welcomed a son, Nakoa-Wolf, in 2008. He has the names of both children tattooed over his heart. 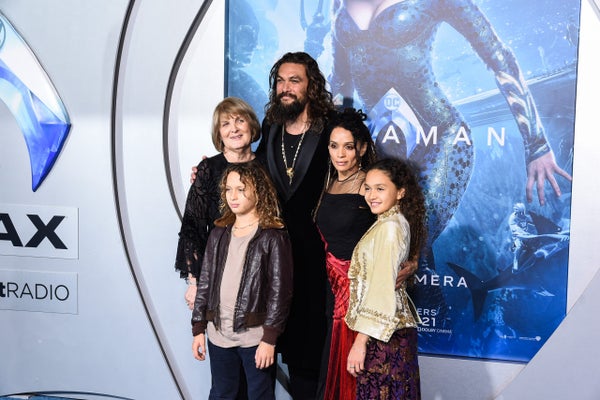 They Worked Together
In addition to doing life together, by 2014, the couple starred together in a film that was written, produced, directed and starred Momoa called ‘Road to Paloma.’ The two were romantic interests in the film. 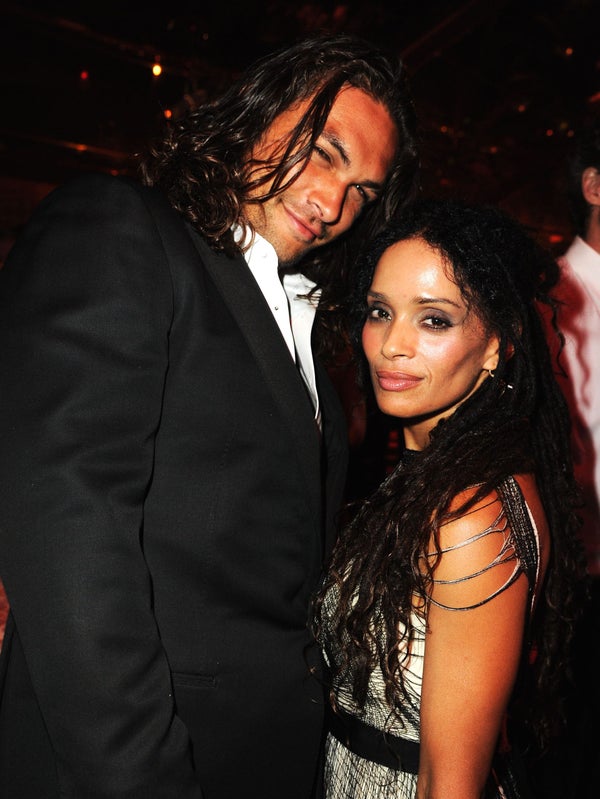 They Struggled Together
When Momoa was cast as Khal Drogo, that was the role that helped his career begin to soar. But after his character’s quick exit from the series, he admitted that he and Bonet struggled to take care of their family while waiting for the next big break. “I mean, we were starving after Game of Thrones,” he told InStyle in 2020. “I couldn’t get work. It’s very challenging when you have babies and you’re completely in debt.” 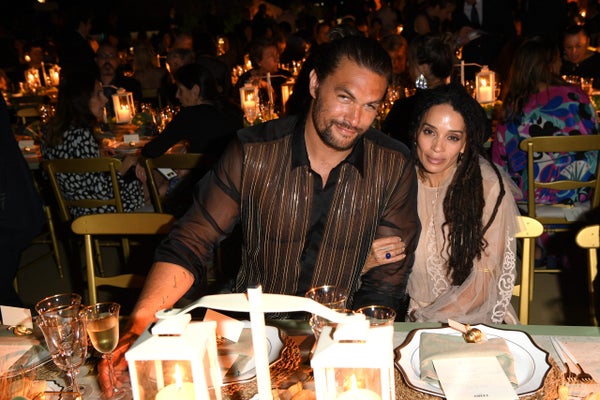 They Married
The actor’s career would do a major 180 and, as it did, he and Bonet decided to marry. They privately said “I do” in 2017 at their home, flipping the belief that they had been married for years on its head. 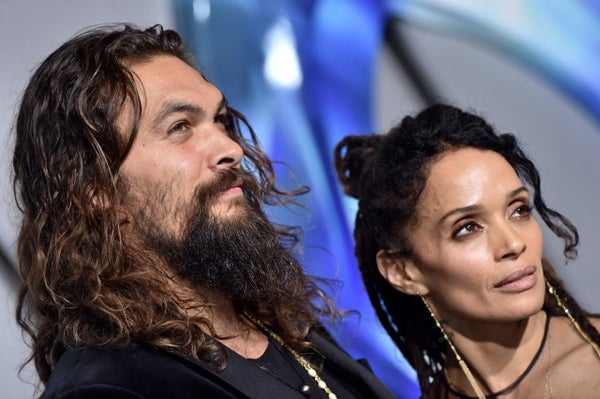 They Announce Their Breakup

To everyone’s surprise, they shared the news that they were parting ways after 16 years together and four years of marriage. Going down memory lane, Bonet once raved over the partner Momoa was in their relationship. “What’s cool about Jason is that he’s an alpha male who stands for love and family. And to circle back to my own wounds, having an absent father, then to be fully met by a man of that stature, is really incredible,” she said in 2018. “Jason embodies a rare form of masculinity in this day and age – he’s a leader; he’s generous. Just in terms of charisma, physique, the right use of power, responsibility, work ethic, you can go down the line.” 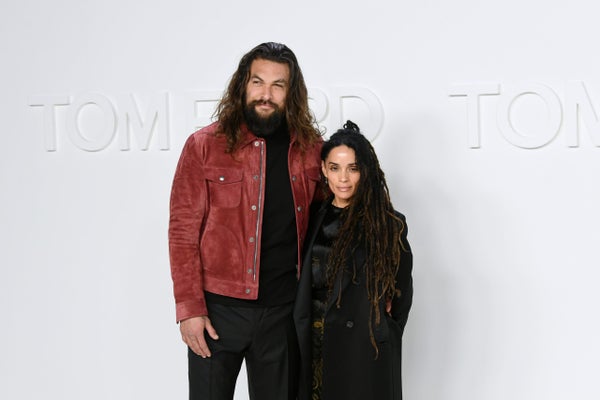 A version of this article originally appeared here on essence.com

"Dry Dating" Predicted To Be a Popular Trend in 2022

Having More Time to Oneself Is the Top Reported Benefit of Being Single, Study Finds

Is Unrequited Love Really Love—Or Something Else Entirely?

How I Saved My Marriage: I Learned To Relax