But how does Davidson score the ladies? His most recent ex-girlfriend, Kim Kardashian, has a few ideas. In an Oct. 6 episode of The Kardashians, filmed back in February 2022 while Kete was still together, she divulged the details of how Davidson lands “hot girls.” With exes including Ariana Grande, Kate Beckinsale, and Kaia Gerber, how does Davidson do it? It’s a modern-day mystery, but Kim’s finally dropping some answers.

Kete might be a thing of the past since their breakup in August 2022 after nine months of whirlwind romance, but they reportedly ended things on good terms. “Kim still adores Pete and will always be friends with him,” according to an insider. “She still thinks he’s the nicest and sweetest guy in the world.” Apparently, that’s very much the case. During a confessional in The Kardashians Season 2, Episode 3, “Life Can Change On A Dime,” Kim gushed about her then-boyfriend, explaining why it’s so easy to fall for him:

“Pete has the best heart. I feel like people, they have this, like, idea of him that he dates all these hot girls. And he does. But he’s just the sweetest, most thoughtful person.”

She’s not wrong. Davidson does “date all these hot girls.” After Kete’s split, Twitter went on a meme spree joking about who Davidson should date next. The suggestions ranged from a newly single Emily Ratajkowski to TikTok star Addison Rae. Most recently, Twitter is convinced a Davidson and Gisele Bündchen romance would be in the works following the model’s reported divorce from Tom Brady. 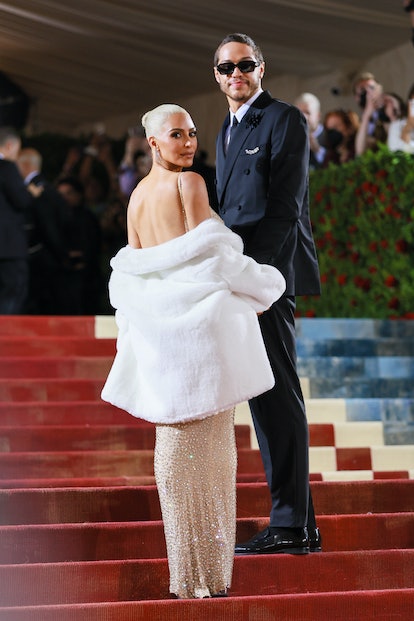 While Davidson’s dating rumors are out of control, jokingly or not, Kardashian admitted she’s “just not ready” to date again. In a Sept. 26 interview with Live with Kelly and Ryan, she said she sees herself with “absolutely no one” right now and she’s “not looking for anything.” Instead, the reality star is shifting her energy to focus on her children and her legal studies.

As Davidson’s charm continues to attract “hot girls,” it’s undoubtedly his good heart and personality that truly makes him boyfriend goals. Kardashian can confirm, “He’s literally such a good person, they don’t really make them like him anymore.”

A version of this article originally appeared here on elitedaily.com

What Is Cuffing Season?

Review: I Tested the Autoblow, the $300 AI-Powered Oral Sex Simulator for Men

7 Sneaky Habits That Are Sabotaging Your Relationship