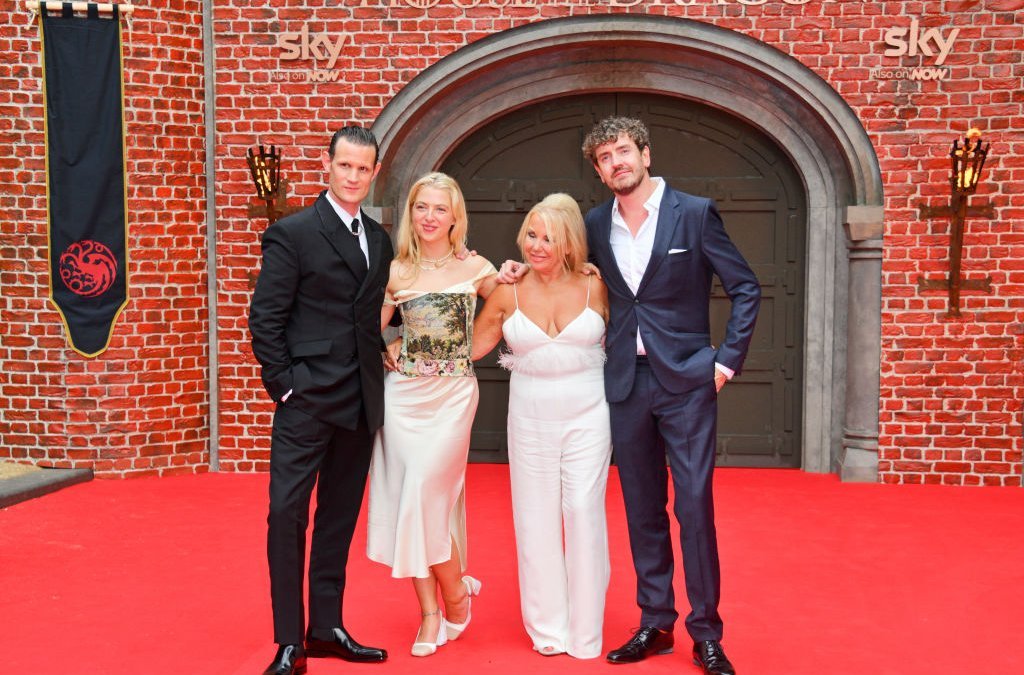 “House of the Dragon” is redefining what it means to be a woman in Westeros.

While “Game of Thrones” leaned into the sexually graphic nature of George R.R. Martin‘s books, the HBO prequel series is analyzing how women are affected by the patriarchal society they belong to.

It’s a subtle shift that makes all the difference to the actors starring in the show, which will see a power struggle unfold between members of the Targaryen family.

At the center of this fight for power is Emma D’Arcy’s Princess Rhaenyra, the daughter to King Viserys (Paddy Considine) and the rightful heir to the throne. “She’s grappling with these questions of identity and the restriction of womanhood from very early on,” D’Arcy, who plays Rhaenyra as an adult, told Vogue Aug. 19. “That was the aspect of the text that really spoke to me–reading someone on the page who’s so young and already aware that the rules apply differently to men and women.”

House of the Dragon Cast in and Out of Costume

“House of the Dragon” is an entirely fictional story set in an era inspired by the Medieval Ages, but there are parallels between the societies in the series and in present day life. As D’Arcy pointed out, men have and continue to use the same tactics to divide women, saying that this series will see people do the same to Rhaenyra and her childhood friend Alicent Hightower (Olivia Cooke).

“What ‘House of the Dragon’ does well is identify that the patriarchal structure that [Rhaenyra and Alicent] live within is seeking to drive a wedge between them,” they explained, “that the way you consolidate male power and continue to sublimate women is to undo friendships that create solidarity and enable the imagining of new realities.”

These friendships are crucial when women are recovering from traumatic events, like rape and sexual assault, which are an unfortunate byproduct of a patriarchal society. Because of this, D’Arcy said it was necessary to include such depictions, but from a “different gaze.”

“It’s a show that is investigating patriarchal violence, as opposed to taking it as a foundational landscape for a fantasy story,” they explained. “I don’t think it glorifies or romanticizes predatory, oppressive figures. But it does identify that they’re there.”

Even so, any sexual violence that occurs in the show doesn’t take place onscreen. Executive producer Sara Hess told Vanity Fair Aug. 2, “We handle one instance off-screen, and instead show the aftermath and impact on the victim and the mother of the perpetrator.”

She noted that the writers wanted to highlight the power imbalance between men and women, and how that impacts romantic relationships. “There are many ‘historical’ or history-based shows that romanticize powerful men in sexual/marriage relationships with women who were actually not of an age to consent, even if they were ‘willing,'” Hess said. “We put that onscreen, and we don’t shy away from the fact that our female leads in the first half of the show are coerced and manipulated into doing the will of adult men.”

Hess said they’re not villainizing these men in the show, noting that the characters in these relationships are “generally well-meaning men who are unable to see that what they are doing is traumatic and oppressive, because the system that they all live in normalizes it.” She added, “It’s less obvious than rape but just as insidious, though in a different way.”

While these sex scenes are more meaningful than those in “Game of Thrones,” the stars still questioned if they were entirely necessary. Matt Smith, who plays Rhaenyra’s uncle Daemon Targaryen, said he grew tired of the scenes. “You do find yourself asking, ‘Do we need another sex scene?'” he told Rolling Stone U.K. “And they’re like, ‘Yeah, we do.'”

Eventually, Smith came to understand that sex is a big part of the universe Martin created. “I guess you have to ask yourself: ‘What are you doing? Are you representing the books, or are you diluting the books to represent the time [we’re living in]?'” Smith said. “And I actually think it’s your job to represent the books truthfully and honestly, as they were written.”

A version of this article originally appeared here on nbcconnecticut.com

Want To Have A Better Romantic Relationship? 4 Experts Tell You How

Frank Ocean Has Released a $25,000 Diamond-Encrusted Sex Toy, Making Him the Latest Celebrity to Sell Products for Pleasure

Your Romantic Partner as Friend

A Beginner’s Guide To The Kama Sutra, From Indian Sexuality Experts

Yes, Neanderthals and humans had cave sex — but did they kiss?