Kelly — whose real name is Robert Sylvester Kelly — was originally charged in July 2019. There have been several developments and superseding indictments in the case since then, as the pandemic delayed the proceedings and prosecutors sought to introduce evidence of more crimes they allege Kelly committed.

The trial hinges on accusations that fall under two areas of the law: Racketeering, which is most commonly used to prosecute mobsters and organized criminals, and Mann Act violations. The Mann Act is a federal law that criminalizes the transportation of women and girls for illegal sex.

Kelly is accused of running a criminal enterprise comprised of his employees and entourage that recruited and transported women and girls to be sexually abused by him, according to the indictment. Prosecutors allege that Kelly abused 20 Jane Does and two John Does, but the indictment only refers specifically to six women or girls.

If convicted, Kelly could face up to 20 years in prison.

Here’s a breakdown of all the allegations Kelly faces in Brooklyn federal court:

While the Racketeer Influenced and Corrupt Organizations Act — which is known as RICO — usually brings to mind mobsters or gang activity, it has a much broader use.

In Kelly’s case, he’s being accused of running a criminal enterprise consisting of his managers, bodyguards, drivers, and assistants.

Prosecutors allege Kelly’s employees identified women and girls to engage in illegal sex with the singer. When Kelly picked out someone at a concert that he wished to have sex with, people who worked for him would give the woman or girl a wristband to go backstage, according to the indictment.Court documents say the enterprise would also arrange for the women to travel to see Kelly around the US, and took steps to ensure that the multiple women Kelly arranged to see didn’t run into each other during their trips.

The racketeering allegation involving bribery stems from one of Kelly’s more high-profile schemes: his marriage to the late singer Aaliyah.

Prosecutors allege that on August 30, 1994, R. Kelly and others bribed a public official in the Northern District of Illinois with cash to create a fake ID for an individual identified in court documents as Jane Doe 1. Jane Doe 1 has been widely reported to have been Aaliyah, who married R. Kelly the day after the bribe was allegedly made. 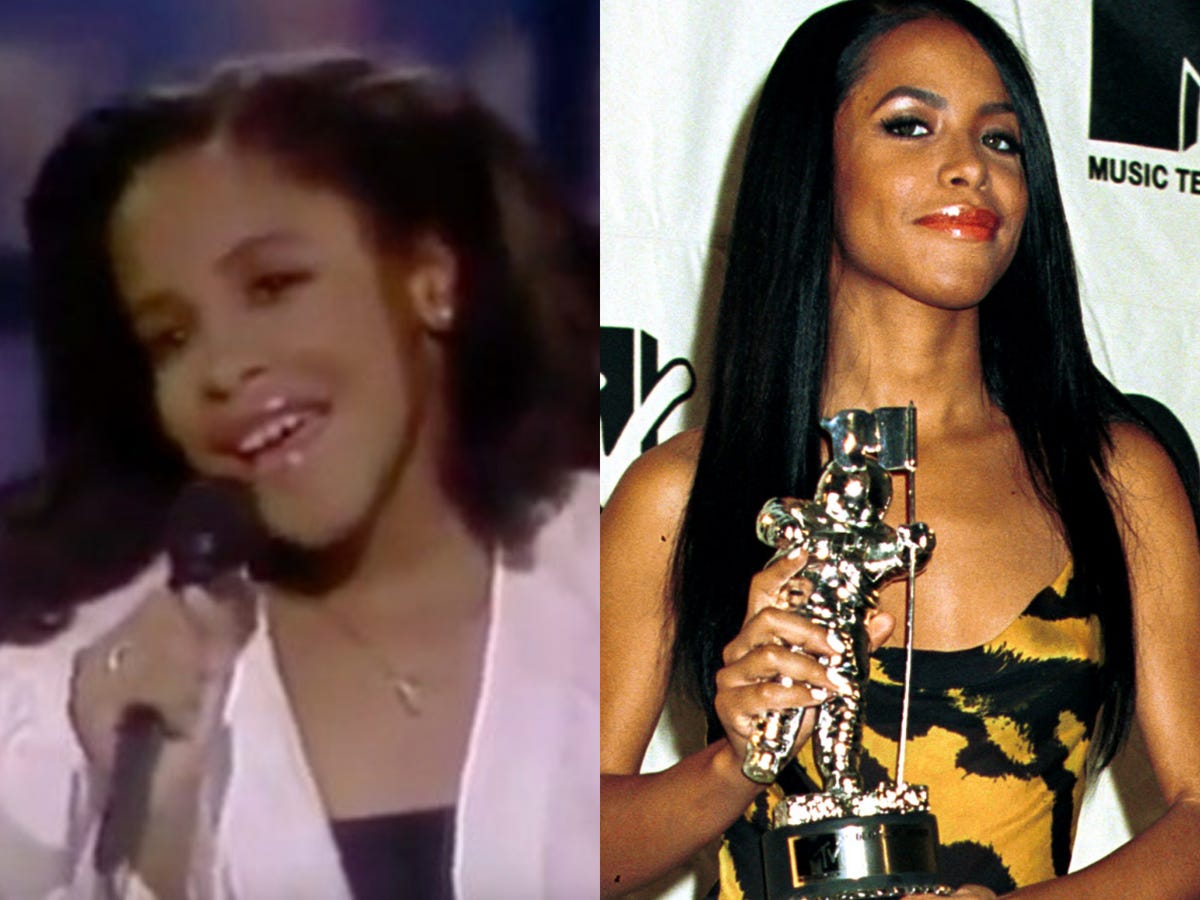 R. Kelly is accused of bribing a public official to secure a fake ID for Aaliyah so he could marry her when she was 15.  CBS and George De Sota/Getty Images

Aaliyah was 15 at the time, but a marriage certificate had identified her as 18.Aaliyah was introduced to R. Kelly by her uncle and record producer, Barry Hankerson, when she was a child. She died in 2001, at 22 years old, when her plane crashed shortly after taking off in the Bahamas.

Also an act of racketeering, R. Kelly is accused of kidnapping a woman identified in court documents only as Jane Doe #3 in 2003 or 2004. Prosecutors allege that this victim was used for sexual purposes and given a controlled substance while being held against her will.

Sexual exploitation of a child

Prosecutors have accused Kelly of sexually exploiting three children while running the enterprise.

Prosecutors allege Kelly abused the first child, who was identified in court documents as Jane Doe #2, in Illinois between May and October 1999. They accuse Kelly and others of using the child to produce one or more visual depictions of illegal sexual conduct that was then mailed or transported between states. 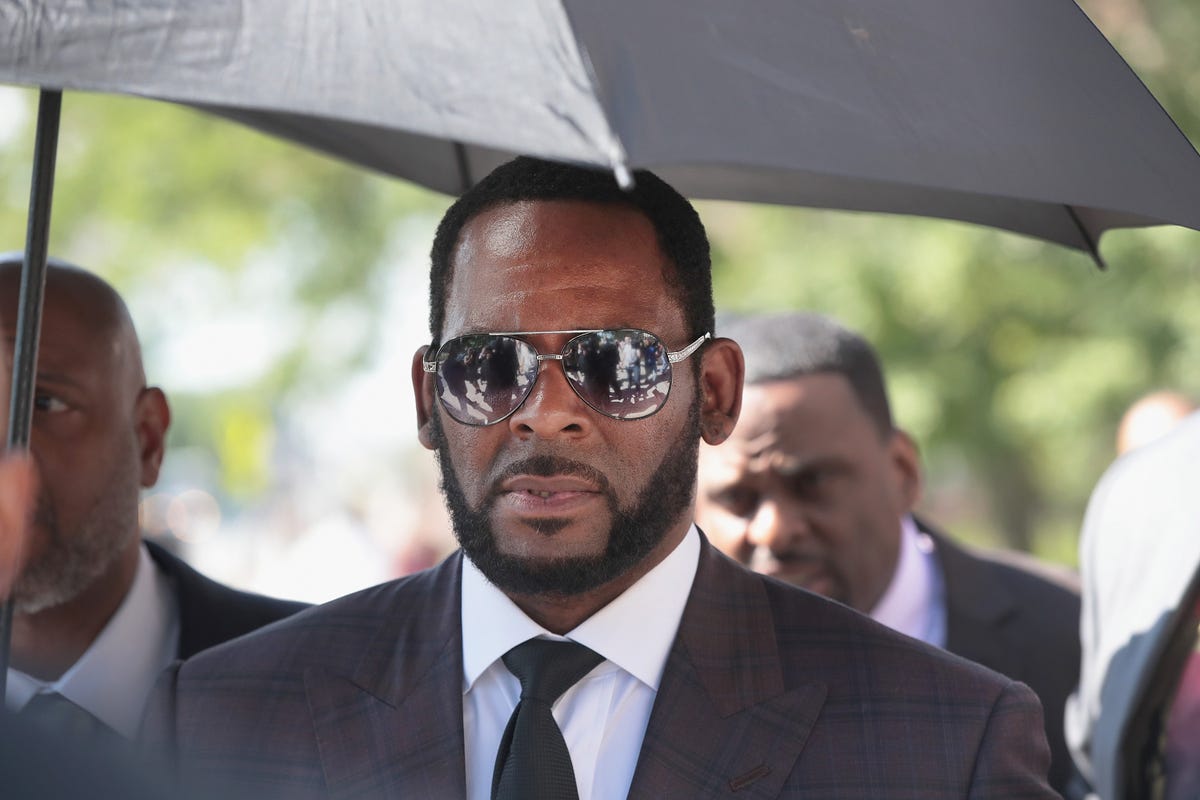 Prosecutors also accused Kelly of using force, physical restraint, and threats to pressure three of his sexual partners to work for him.

The indictment lists Jane Does 4, 5, and 6 as victims of forced labor, which is an act of racketeering.

Allegations that Kelly and his team made travel arrangements for Jane Does 3, 4, 5, and 6 to cross state lines for sex, and coerced them into having sex, were charged under the Mann Act. The act criminalizes the interstate transportation of women and girls for illegal sexual purposes.

Jane Doe 4 was under 17 and Jane Doe 5 was under 18 at the time that Kelly had illegal sex with them, according to prosecutors. Prosecutors say the fact that they were minors at the time makes the travel a violation of the Mann Act.

Prosecutors also allege that Kelly had sex with Jane Does 5 and 6 without telling them he had a positive herpes diagnosis, which is a violation of New York public health law. Violating that underlying New York law makes the transportation and coercion a Mann Act violation.

'They'd Shoot Him Right There': Afghan-American Marriage in Perilous Limbo as Taliban Return

Share These Mind Blowing Sex Facts With Your Partner ASAP