Since their December wedding, newlyweds Cynthia Kase and James Clark can’t keep their hands off each other, spending hours in the bedroom getting lost in sex.

It’s nothing unusual for smitten lovebirds — including this pair, which is well into their AARP years. The bride is 70 and the groom is 69.

The couple say they’re having the best-quality sex of their lives, often twice a day, every day. Now, they’re sharing what works for them and explain why there’s no such thing as being too old for good sex.

“I know that Jim’s going to satisfy me. Jim’s always in the mood,” said Kase, a widowed mother of one in Boca Raton, adding, “Sometimes the only reason we stop is because we can’t move anymore.” 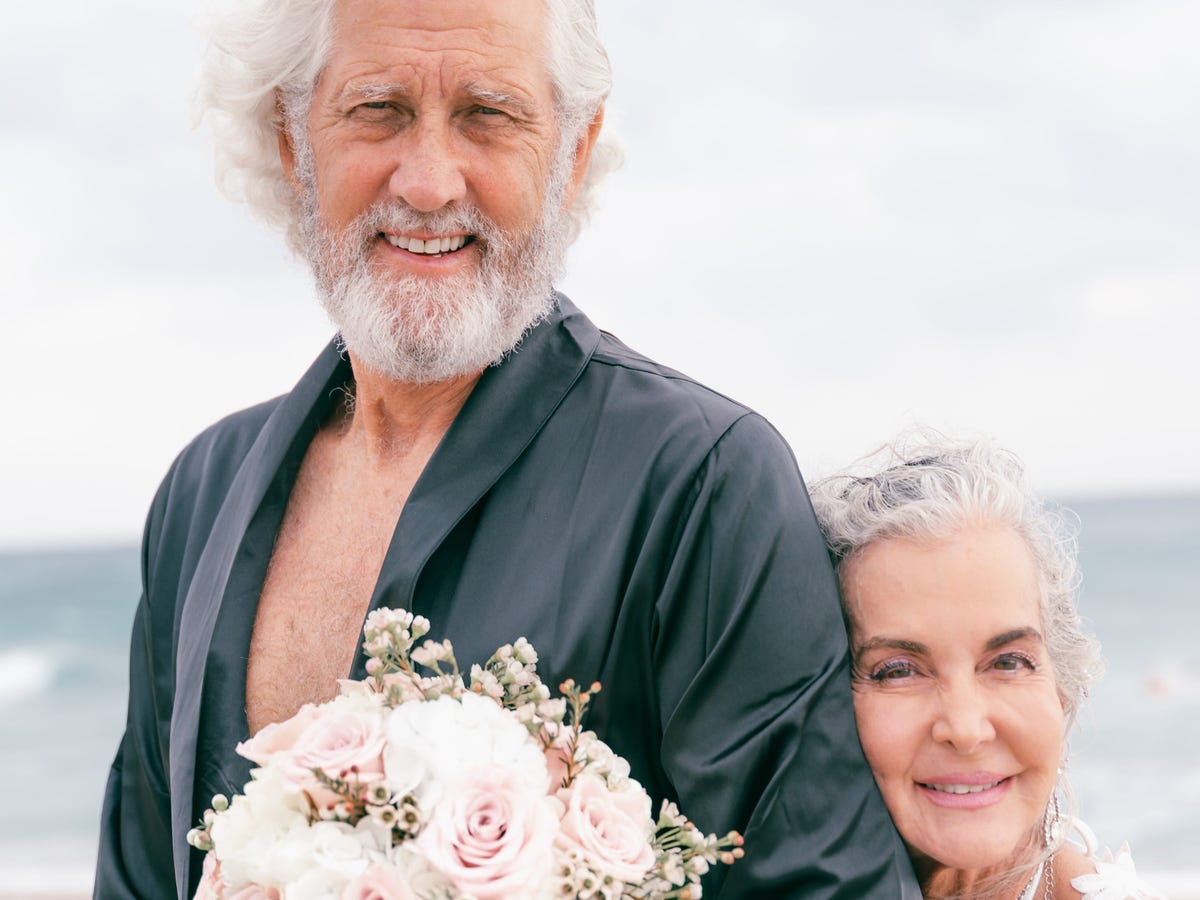 Sexual compatibility came naturally for the couple, who met on a dating app about a year and a half ago. Kase lived and worked in south Florida, designing financial trading software, and Clark was a pro poker player in Las Vegas.

A mere 10 days after they connected online, Clark, who’s been divorced for 10 years with an adult daughter, made a three-day visit to Kase in Florida that wound up being a six-day sex marathon, including one five-hour session.

Soon after, Clark moved to Florida for good, where he now lives with Kase and her 38-year-old son, Danny. The couple dated for about nine months before tying the knot.

According to a 2014 study based on the General Social Survey, American couples in their 60s have sex about 25 times a year, on average. Kase and Clark can crack that mark in a mere fortnight.

“They had libido, but they didn’t have the function to go with it,” said Kanwal Bawa, DO, a cosmetic surgeon who performs sexual wellness procedures and has adopted the moniker “Dr. Sex Fairy.” She has a podcast of the same name on which the couple, both of whom are her patients, recently appeared.

Kase sought out Bawa, also based in Boca Raton, for an O-shot, a treatment in which a doctor takes blood from the arm, spins it into a form of platelet-rich plasma, and injects it into the clitoris, labia, and G-spot.

Bawa said the treatment helps rebuild vaginal tissue and enhances clitoral sensitivity, though there’s no solid research on its effectiveness or on that of the P-shot, its male equivalent.

Like a lot of men his age, Clark had issues with his erection. A few months after the couple met, he also went to Bawa for a P-shot and for six sessions of acoustic wave therapy, which Bawa describes as a “painless” procedure using low-intensity soundwaves that breaks up blockages and improves blood flow to the penis. While not FDA-approved for this use, it’s been shown to work off-label.

“It’s the most satisfying sex of my life,” said Kase, with Clark enthusiastically agreeing. Mirrors and a “cock ring” Kase bought Clark are essential ingredients to their satisfaction.

One of their wilder tales involved the four-foot-eleven Kase and six-foot-two Clark negotiating the front seat of Clark’s Mercedes on the top level of an open-air garage. “It doesn’t get boring or old. It’s really magical,” said Clark.

The couple say having a bedroom on a separate floor is key to sharing Kase’s 4,400-square foot home with her adult son. “She’s vocal. I wouldn’t want anyone standing outside the door,” said Clark. Kase said she’s in good company: “Jim goes soprano when it’s his turn. 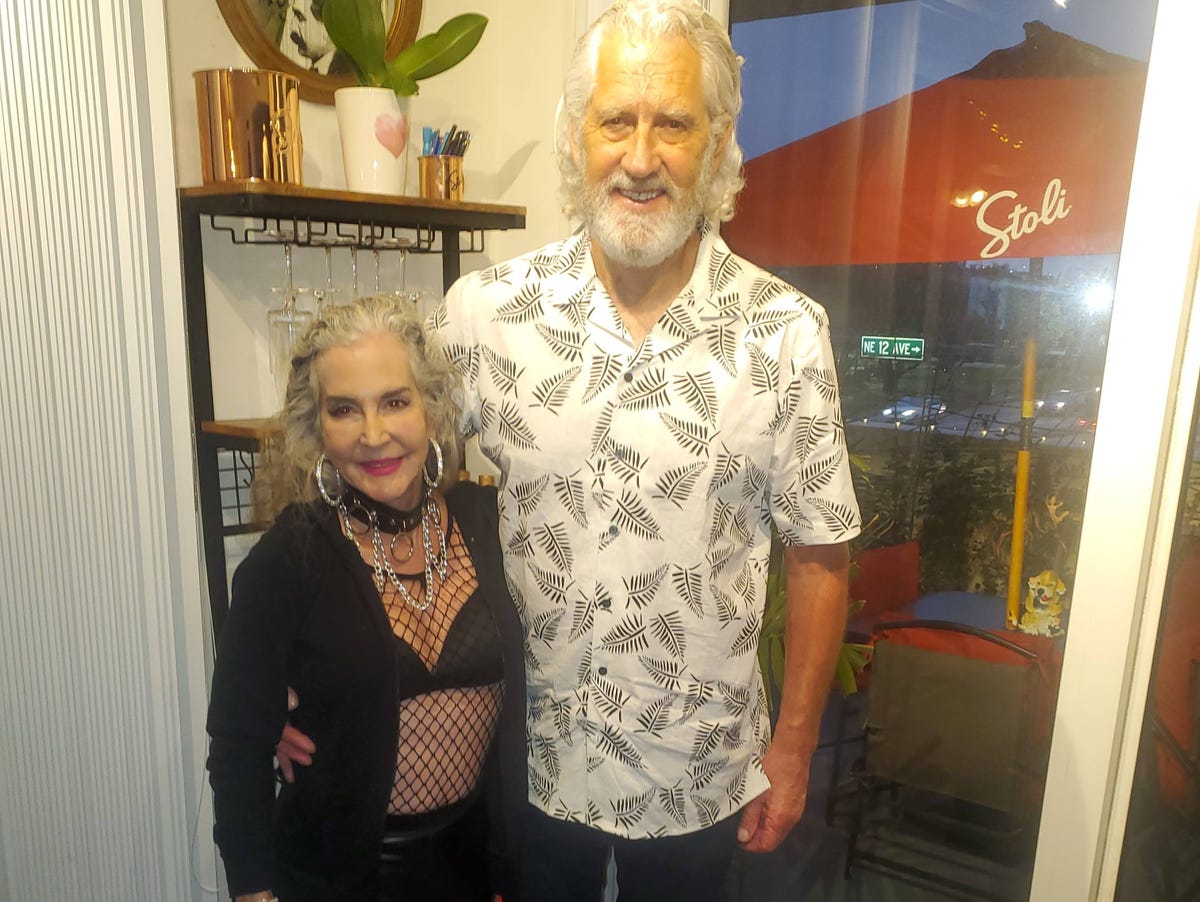 As long as both partners are up for it physically and mentally, Kase said, “there’s no reason not to enjoy sex when you’re old.”

“The biggest sexual organ is our brain. Giving up will ensure things don’t work right,” said Bawa, who encourages women not to fake orgasms. “If you’re faking it, you will never make it.”

Kase admitted that their sex life might leave some friends slack-jawed: “There’s maybe a little bit of jealousy,” she said. But the couple is grateful for their connection.

“I just feel like sex is a gift from God and it would be a waste not to enjoy it,” Clark said.

Questions to Ask Yourself Before Dating Again After a Breakup