Is it possible to build a dating app that puts personality before looks? The team at Birdy, a new dating and relationship app, thinks it is. In fact, they’ve built their business around the premise that, when it comes to romantic relationships, compatibility is more important than appearance.

I recently spoke with Juliette Swann, the founder of Birdy, to discuss the inspiration behind Birdy as well as some of the trends they’ve noticed among their users. Here is a summary of our conversation.

Mark Travers: First and foremost, how does a “no-photo” dating app even work?

Juliette Swann: Our dating app works by allowing our users to form a first impression based on personality instead of looks — basically letting them read the book before even seeing the cover. This moves the focus to what really matters, like who we are as a person. 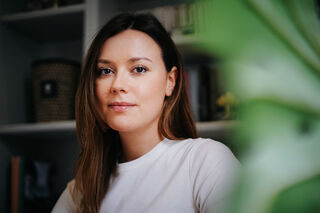 When you download Birdy, you first take our personality survey, inspired by the Myers-Briggs Type Indicator (MBTI), to determine which of the 16 different personality types you are. These personality types tell us about your communication preferences, how you interact with the world, and how you gather and process information to make decisions.

Based on your answers and our compatibility matching algorithm, the app will suggest users with the most compatible personality types to you.

Next, you have to create a Story that shows who you are without showing your face. It’s what your potential matches see when you are suggested to them, and vice versa. If you like their “universe,” you can “heart” their Story and if they like you back, the app reveals your pictures and you can chat with them.

Travers: How much of the inspiration behind Birdy is a reaction to — or perhaps a critique of — what you perceive to be a selfie-obsessed culture?

Swann: It was clear to us from the beginning that we wanted to match users based on their personality compatibility above anything else. But it took us some time to realize that the only way to really achieve this was by moving pictures to a secondary stage. As a society, we still focus too much on things that, in the long run, won’t have any real impact on the happiness and health of our relationships.

We recognize the importance of physical attraction, but we also know from research that someone becomes more physically attractive to us the more we like them, and vice versa. We’re giving people a chance to form their first impressions of each other based on their personality instead of pictures.

Travers: Why did you choose the Myers-Briggs Type Inventory as the personality test upon which to construct your matching algorithm?

Swann: The Myers-Briggs is among the most widely used personality tests in the world today; NASA and Harvard Business School have used it, as well as many Fortune 100 companies. It also happens to be easy to understand and gamify, and it already has a huge community of fans around the world.

Travers: When it comes to romantic relationships, psychological research suggests that birds of a feather flock together. Is this what you’re finding among users who have been successfully matched on your app?

Swann: There are other studies that suggest that opposites attract! At Birdy, we think that the truth is in the middle. There are some core things where it is beneficial to be aligned, such as communication preferences, and others where opposition will help you grow as a person and in your relationship, like your attitude toward life.

Travers: What are some of the best MBTI matches according to your data and experience?

Swann: Before I answer this question, I want to make it clear that we believe any combination of personality types can have a healthy and fulfilling relationship, if the individuals are mature in their own personalities, and are willing to make the concessions needed for the relationship to work.

But what makes the “best MBTI matches” is how naturally and intuitively it is for some types to support and understand each other, without having to make concessions on what makes them “them” to please their partner. This highest level of compatibility is based on the complementarity of the cognitive functions the individuals prefer to use.

There is a whole complicated theory behind it, but broken down it means that the best matches happen when the individuals “speak the same language” in complementary directions. The languages in this case are languages of “feeling”, “thinking”, “sensing”, or “intuition”, and the directions mean that one is a “catalyst” and one a “reagent”.

For example INFJs are most compatible with ENFPs, INFPs, and ENTPs because INFJs have a preference for Introverted Intuition, while the other three types prefer Extroverted Intuition. They all speak or understand the language of “intuition”, while the INFJ is the “catalyst” and one of the other types would act as “reagent”. This creates that magical connection between them on a day to day basis.

Travers: What other interesting trends have you noticed among your users?

Swann: Our concept seems to be naturally attractive to women, given that our user base consists of 60% women, which is very uncommon for dating apps. Additionally, 70% of our users are introverts, which is about 20% larger than what is seen in the general population. Specifically, we have a majority of users with the INFJ personality type, which is the rarest personality type out of the 16, seen in only 1-2% of the overall population. INFJs are considered to be highly intuitive, empathetic, and idealistic individuals that live in a world of hidden meanings and possibilities. They have high moral standards and expectations, and value deep, authentic relationships.

Travers: Last question, what is your MBTI type?

Swann: I am an ESFJ, known as the “Swan” on Birdy and the “Consul” on other websites. Swans are known for getting a lot of personal satisfaction from the happiness of others, and what better way is there to make people (and consequently myself) happy than by finding them the love of their life?

I’ve Been Telling a Lie to Trick Men Into Sex With Me. Is This Really So Bad?

Is It Heaven or Hell to Live With a Partner With a Different Sex Drive?

15 Mental Blocks That Make It Harder For Women To Enjoy Sex, According To Actual Women