~ May 2021 ~ After matching with Nicole on an app last fall, we met up for beers in a busy Brooklyn dive. A simple, unoriginal concept, sure, but it turned out to be one of those first dates you dream of every time you swipe right on, message, or heart someone. There were laughs, mutual world views, and shared tastes in the arts. By the end of round three, we were making out hard in a photo booth we didn’t put any quarters in, but we eventually both vocalized wanting to take things slow, down-voting sex that night.

After I cooked dinner to open date number two, however, we pretty much made a beeline for my bed. The sex was great, and after knowing Nicole for only a few hours, really, very pleasant thoughts of a long-term future started creeping in. I won’t admit to thinking so quickly that I’d found “the one,” but I absolutely was excited to see where it all was certain to go.

So was Nicole, apparently. Just a couple weeks later she brought up commitment, pseudo-nonchalantly, over text. Surprisingly, I tensed up, recoiling at the concept, and within another week or so we’d stopped interacting altogether — more my doing than hers, in all honesty.

I wasn’t sure what to make of the disappointment, my role in it and hers. And it definitely wasn’t the first time I’d felt such euphoric promise develop so early in a relationship, only to see it fizzle just as fast as it’d hatched. My therapist — who often points out that her responses to me are delineated by the information only I provide her — suggested I consider waiting much longer to have sex with a new partner.

“When you have sex that quickly, your physical intimacy level doesn’t line up with the emotional intimacy you’ve built up to that point,” she said. She also advised I actually date a new partner for so long that I have an argument with them, first, before seeking sex. If we could make it through a fight and come out the other side intact, perhaps I’d feel more secure in that she’s accepting of me, even when we don’t see eye-to-eye. Then, too, I could allow myself to be more vulnerable, feeling safe while in her company, and evening up the score between physical and emotional intimacy with our first sexual encounter. 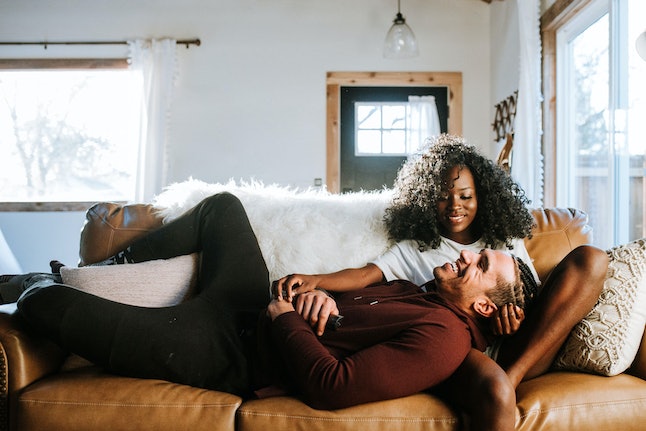 After having the whole Nicole scenario play out almost identically with another woman a mere two months later — only with about double the intensity — I became even more open to the idea of waiting a while for first-time sex. But then I recently read in the New York Times that a growing number of people on the dating scene are conducting “sex interviews”: having sex before a first date, to find out if their prospective partner is worth investing time, money, and effort into.

Sex interviews sounded good to me as well, for physical and economical reasons. But I couldn’t reconcile how both waiting and — miraculously — net-negative waiting for sex might both be beneficial.

So when should we have sex for the first time with a new partner? “There are some people who can have perfectly casual sex, and the emotions don’t get caught up in it,” says Vanessa Marin, a psychotherapist specializing in sex and the author of How Much Sex Should You Really Be Having? “It’s not the body writing checks the brain can’t cash.”

I’m not one of those people, it seems.

“And there are other people who are absolutely incapable of having sex with somebody unless they feel deeply, emotionally connected to that person,” Marin continues, “or if they have sex with somebody, it’s going to dramatically increase the level of connection and intimacy and the ‘buy-in’ that they will have in that particular relationship.”

“Unfortunately, that’s something you really only learn by trial and error,” Marin says. And she’d be remiss not to mention gender: This phenomenon is more often experienced by women because, Marin observes that societally, “We think of sex as something women give and men take.” So when a relationship doesn’t evolve past an initial sexual encounter or two, some women may feel as though they surrendered something they shouldn’t have. But Marin says she’s also met men who face this type of regret as well. 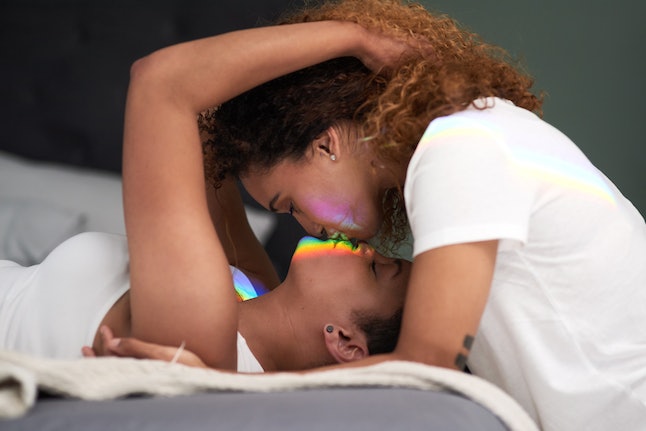 Perhaps I’ve always been one of those particularly Sensitive Joes who — thanks maybe to toxic masculinity in culture, as well as a dash of insecurity — still looked to tally as many sexual partners as I could. But that approach only metastasized a ball of conflicted emotions, as the hormones released during and after sex made my body feel as though my soul mate were lying next to me, even if she was nary more than a stranger. Then, once a stranger no more, and I wasn’t picking up what my partner was putting down, I bailed, feeling way more bad about it than a three- to four-week relationship would warrant.

Marin says a rule of thumb she offers to clients is to hit the pause button when you feel like you want to have sex with someone, until at least the next time you see them. Waiting will allow you to make a more self-assured decision about sex, as you consider whether or not it will actually be something you’ll feel OK with in the aftermath. And if you go through with the sex the next time out, you wouldn’t have deprived yourself of much. In fact, all you probably did was build anticipation for the event.

As far as sex interviews go, Marin is skeptical. On one hand, she says, “If you just want to have sex, then by all means, just have sex.” But using as intimate an experience as intercourse might not be the best way to begin what could become a relationship. “The very first time that you have sex is just [often] not going to be wonderful, [so] having sex with someone as a way to gauge whether or not you’re going to want to keep having sex with them or get to know them better is not going to be the most effective tool.”

Any single ladies in the New York City area up for some home-cooked dinner and a heated disagreement? I’m available.

A version of this article originally appeared here on mic.com

Bill and Melinda Gates are the latest couple to get a 'gray divorce.' Here's why more married people part ways after 50.

The Four Dating Trends Predicted for 2022 – YOU Magazine

The ‘Biological Bribery’ That Explains Why Humans Fall in Love

The Consequences of Keeping Romantic and Sexual Secrets