Can’t wait for the next season of Keeping Up With The Kardashians to find out how Kim Kardashian’s family feels about her rumored divorce? Don’t worry, I’ve got you. “Publicly the family is saying they’re very sad this has come to an end, but there’s a definite sense of relief that she’s finally had the courage to rip off the Band-Aid and walk away,” a source reportedly told Us Weekly of the Kar-Jenners on Jan. 14. “The likes of Kris [Jenner], Kourtney [Kardashian] and Khloé [Kardashian] saw the writing on the wall for literally years, but they knew Kim wanted to give it her all.”

The source also reportedly added that West’s struggle with bipolar disorder was “a big factor in all their ups and downs.” They reportedly explained, “seeing Kim miserable really wore thin, and once Kanye went on that rampage attacking Kris, his credits were all used up from a tolerance point of view. Privately, they’ll be glad to see the back of him and for Kim to move on with her life.”

The reported Us Weekly source is not the first to cite the behavior related to his bipolar disorder as a reason for the split. “The love story between Kim and Kanye has been over for a long time, more than a year. They adored each other but have too many differences,” a TV industry insider reportedly told People on Jan. 14, before adding that “Kim has become more independent and has lost patience with his antics, rants, the presidential campaign and tweets.” 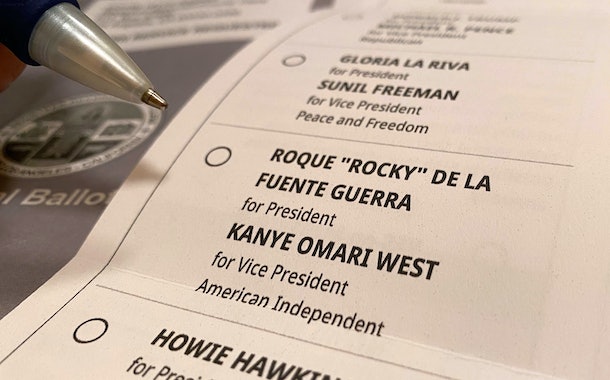 ICYMI: On July 19, 2020, during his first presidential campaign event, West revealed he and Kardashian had considered an abortion prior to daughter North’s birth. “I was having, like, you know, the rapper’s lifestyle, so she said she was pregnant and for one month and two months and three months we talked about her not having this child,” he told the crowd. “She had the pills in her hand… I almost killed my daughter.” Then, on July 21, 2020, Kanye went on a Twitter rant that included him accusing Kim of cheating with Meek Mill and trying to “lock him up,” claiming the movie Get Out was about him, and referring to Kris as “Kris Jong-Un.”

Following the aforementioned Twitter rant and controversial abortion comments, Kim took to Instagram to publicly address her husband’s mental health for the first time. “As many of you know, Kanye has bi-polar disorder,” Kardashian began the July 22 statement, which was shared to her Instagram Stories. “Anyone who has this or has a loved one in their life who does, knows how incredibly complicated and painful it is to understand. I’ve never spoken publicly about how this has affected us at home because I am very protective of our children and Kanye’s right to privacy when it comes to his health. But today, I feel like I should comment on it because of the stigma and misconceptions about mental health.”

She continued, “Those that understand mental illness or even compulsive behavior know that the family is powerless unless the member is a minor. People who are unaware or far removed from this experience can be judgmental and not understand that the individual themselves have to engage in the process of getting help no matter how hard family and friends try.”

Following an acknowledgment of the criticism he faces as a public figure, she went on to note that her husband “is a brilliant but complicated person who on top of the pressures of being an artist and a black man, who experienced the painful loss of his mother, and has to deal with the pressure and isolation that is heightened by his bi-polar disorder. Those who are close with Kanye know his heart and understand his words some times do not align with his intentions.”

Finally, she concluded that “we as a society talk about giving grace to the issue of mental health as a whole, however we should also give it to the individuals who are living with it in times when they need it most,” she concluded. “I kindly ask that the media and public give us the compassion and empathy that is needed so that we can get through this.” 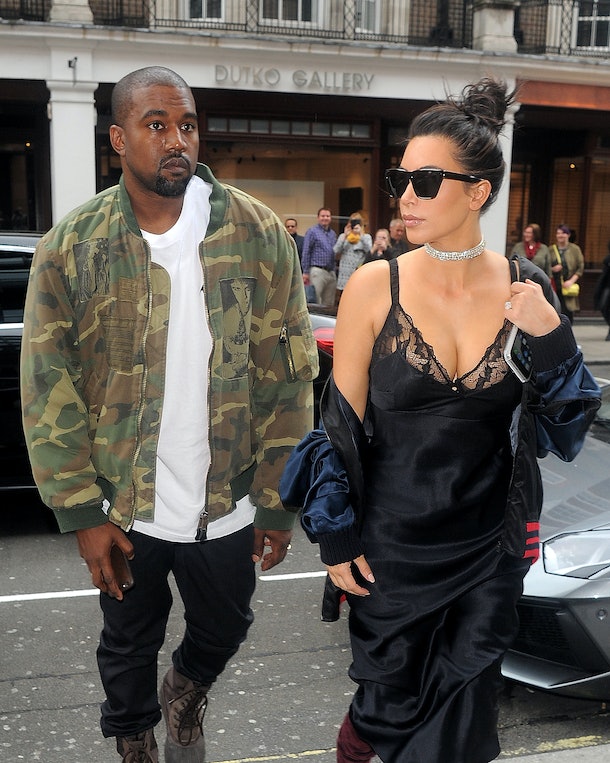 Rumors of Kim and Kanye’s split first began on Jan. 5 when Page Six claimed a divorce was “imminent” as Kardashian had reportedly hired celebrity divorce attorney Laura Wasser. (Elite Daily previously reached out to reps for Kim and Kanye about their reported plans to divorce and did not hear back.)

If you or someone you know is seeking help for mental health concerns, visit the National Alliance on Mental Health (NAMI) website, or call 1-800-950-NAMI(6264). For confidential treatment referrals, visit the Substance Abuse and Mental Health Services Administration (SAMHSA) website, or call the National Helpline at 1-800-662-HELP(4357). In an emergency, contact the National Suicide Prevention Lifeline at 1-800-273-TALK(8255) or call 911.

Here Are the Most Popular Dating Questions You Asked in 2020

The Dating Game: The Other Woman, And Why She Isn’t Your Enemy